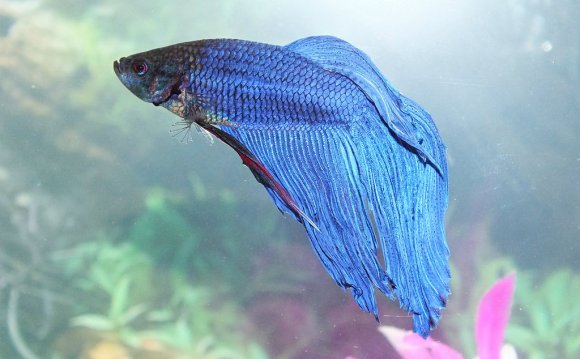 Januaris is a webmaster and writer with a great passion for the animal/pet niche. He loves to write about dogs, bettas, bees and pigeons.

Betta fish suffers from a number of health conditions, but the good news to the keepers of this type of fish is that these health problems can be prevented and also treated. If the infections occur in the aquarium, they can be easily identified and treated effectively.

This article covers all the common diseases and illnesses of Betta fish, their prevention, diagnosis and treatment. So if you keep the Siamese fighting fish at home, read on to learn how you can keep your aquatic pet healthy.

Betta fish diseases and illnesses are categorized into fungal, parasitic and bacterial. Most fungal infections result from previous health conditions. Parasitic ailments are the most contagious and can be introduced into the aquarium by new fish. The most common causes of bacterial sicknesses include poor quality water and inappropriate fish handling methods.

As the name suggests, this disease affects the fins and tail of Betta. It can be caused by bacteria or fungi. The fins and tail appear to melt away as a result of rotting.

It can be prevented by keeping the aquarium or living conditions of the fish clean.

Fin and Tail Rot can be treated by antibiotics, such as Tetracycline.

If it is effectively treated, the fatality is medium.

This is a bacterial disease that causes the fins to rag and fray. It also causes skin ulcers and gills discoloration. The fish can have breathing difficulties as a result of the gill infection.

The sickness can be prevented by treating open wounds and fungal infections. It can also be prevented by avoiding factors, such as limited oxygen, water hardness and overcrowding in the aquarium.

Columnaris can be treated by Oxytetracycline and antibiotics containing Sulfa 4 TMP, TMP Sulfa and triple sulfa.

If the infected fish is not treated, it can die in less than 72 hours.

Commonly known as Redmouth, Hemorrhagic causes serious bleeding inside the mouth and eyes of the fish.

The disease can be prevented by disinfecting the aquarium to kill Yersinia Ruckeri, which is the bacteria causing the illness.

The treatment of Hemorrhagic is possible with antibiotics such as ampicillin.

The infection is treatable, which means that the fatality is low.

This is a deadly ailment that affects the kidneys. The infected fish can have swollen abdomen as a result of accumulation of internal fluid.

Some more symptoms include; outward-sticking scales and sunken eyes.

There is no known cure for Dropsy but medications, such as Betta Revive, can help with the condition.

Most fish that suffer from Dropsy do not survive.

This disorder causes swelling on one or both eyes. The swelling can be a tumor or viral infection.

Pop Eye is usually a symptom of a disease and can be avoided by preventing infections in the aquarium.

Antibiotics such as Tetracycline can cure the ailment.

Most fish that suffer from Pop Eye survives at the end.

Commonly known as Cloudy cornea, this disease causes white films on the eyes.

It can be prevented by improving the quality of water. A water conditioner is needed to make the water safer for the aquatic animal.

Eyecloud can be treated by antibiotics such as Metafix and Fungus Clear.

The bacterial sickness is not fatal but can impair vision.

This is actually a bacterial disease, and it causes white lines and clumps around the lips and mouth of the fish.

It can be avoided by keeping the water clean.

Amoxicillin as an antibiotic can cure Mouth Fungus.

The infected fish cannot survive if the illness is not treated early enough.

The symptoms of Furunculosis include skin ulcers and open red sores.

Fungus Clear as an antibiotic can treat this bacterial ailment.

Furunculosis can kill fish that doesn’t receive treatment in time.

This is a fungal disease that originates from previous infections. The affected Betta usually has cotton-like growths on the skin.

It can be prevented by avoiding primary infections and injuries.

Antibiotics such as Methylene Blue and Fungus Clear can cure Fish Fungus.

The sickness can become fatal if it is not treated early enough.

Betta infected with Velvet appears to have a rusty skin.

It is highly contagious but can be treated by medication such as Fish-zole.

If it is not treated early enough, the infected fish dies in a matter of days.

Also known as White Spot, Ich is a parasitic disease that causes white spots on the skin of Betta fish.

It can be prevented by changing the water regularly.