How to draw a Betta fish? 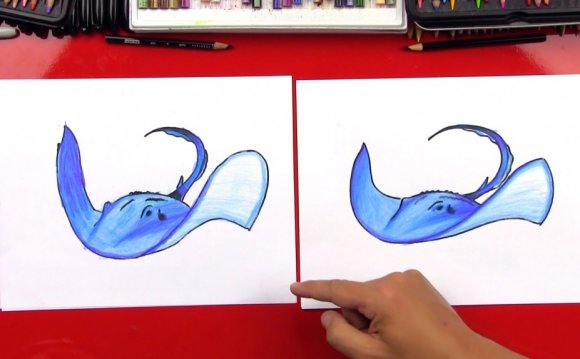 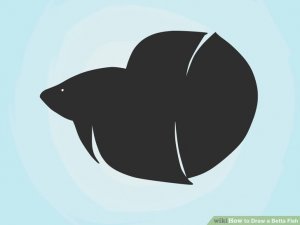 Do you want to choose a big colourful one, or a small non-colourful one? You can choose any betta you'd like to draw, including a dull one. You can also try drawing your own betta if you have one.

Using a pencil, draw an oval with a rounded point at where your betta's face will be. Make sure it is not too rounded. Do the same at the other end where its tail will be, but a bit pointier.

Draw a slightly side-ways fin under the the body. Leave a point at the end of the fin pointing down. Don't draw the triangle straight down though. 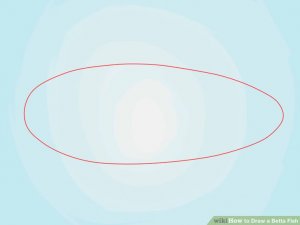 Draw another side-ways triangle under the other fin, similar to the other.

Draw two completely side-ways triangles where the betta's tail will be.

Add a dorsal fin to your betta. This will look similar to the bottom fins too, except the top one is at the top of the betta. Make it like hair styled, but not like the curly hair, etc. Draw it a bit longer.

Erase all the guidelines. Try not to make the pen's ink scrape off.

Add eyes, gills, and a small mouth. If you'd like, add a few detailed lines to the betta's fins and tail. 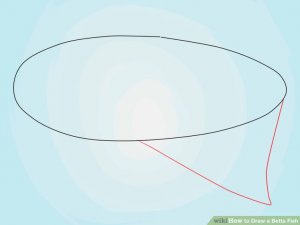 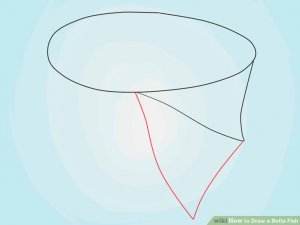 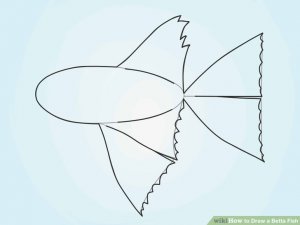 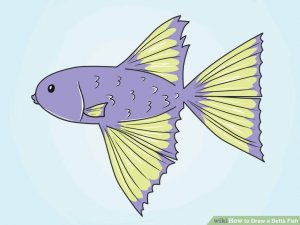