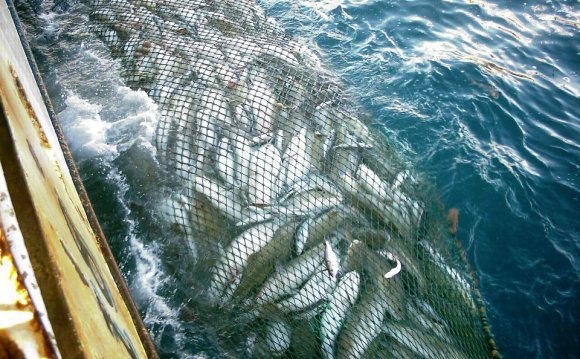 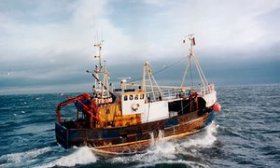 Because of declining stocks, British fishermen have to work 17 times harder to catch fish now compared with 1889. Photograph: Peter Dench/Corbis

Hugh Fearnley-Whittingstall has set his sights on several of the fishing industry's dirty secrets in a series aired this week on Channel 4's three-part that they have no quota for, while pursuing fish that they do. The images of basket after basket of wholesome fish flung back dead were powerful and disturbing, and Fearnley-Whittingstall was right to shine a spotlight on this disgraceful practice.

But he left the impression that the seas around Britain are bursting with fish. They are not. Stocks have fallen dramatically, and across the board. The scale of this decline can only be grasped by taking a long view. The UK government started to keep fisheries records in the 1880s. Hugh sailed aboard a bottom trawler that catches a mix of fish in nets dragged over the seabed, so let's look at the fortunes of this particular industry. In 1889, the year records began, we landed 4.3 times more fish into England and Wales than we do today from a fleet made up mainly of small sailing boats.

Landings peaked in 1938, at 14 times more fish than we land today. But today's boats are far more powerful than those used in the past. When you take into account this difference, the contrast is even more stark. Peak landings per unit of fishing power were 17 times higher in 1889 than they are today. In other words, fishermen have to work 17 times harder to catch fish now compared to 1889 (or rather their machines and electronics do). The simple reason is that stocks have declined massively.

Another strand of Channel 4's Fish Fight airs on Friday 14 January with Heston Blumenthal's Fishy Feast. It is often said by celebrity chefs that if consumers sought a greater variety of fish it would alleviate overfishing of traditional favourites such as cod and haddock. But variety of choice will not protect fish if the alternatives are themselves overfished. Blumenthal scores a spectacular own goal in choosing to cook wolffish cheeks. Wolffish have declined in English and Welsh trawl fisheries by 96% since 1889. They are highly vulnerable to overfishing and the species has been so depleted on the other side of the Atlantic it has been declared endangered in Canadian waters. The level of decline in Europe is sufficient to qualify them for the Red List of threatened species.

What can be done? European fishing rules are meant to help stocks recover, but they fail both fish and the industry scandalously, heaping shame upon all involved. Total allowable catches – which are divided among boats as quotas – form the central plank of the common fisheries policy, but are fundamentally flawed. They limit landings, not what can be caught and killed, so they offer virtually no protection to fish stocks. The consequences are reckless wastage of discarded fish, fuel burned and labour spent for no purpose and the continued decline of stocks.

In my view, the 2012 reform of the common fisheries policy must throw out landings quotas and introduce an outright ban on discards. But there is no point swapping one failed policy for another. Regulations must promote stock recovery, not encourage more rapid removal of fish. So a discard ban must go hand-in-hand either with a tough restriction on time spent fishing, or quotas on how much can be caught (as opposed to landed).

And to safeguard threatened species such as wolffish, we need marine protected areas within which no fishing is allowed. Taken together, these measures would lead to more fish in the sea and a more sustainable industry. Then consumers could stop worrying about what they were eating and chefs could get on with producing mouthwatering meals.