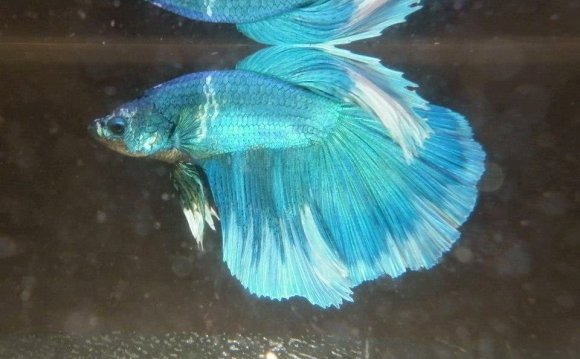 I have visited Philippines on 19 – 25 July 2013; for the purpose of study the fish fighting in

Philippines. The study of fighting fish in

Philippines may answers an importance question on my research. How the fighting fish society started in the country has no its historical background. The study found that, there are many factors contributing to people in the modern time start to play the fighting fish. Unlike the previous research on the other countries, they learned the fish fighting in the rice field and already have them available under theirs’ bamboo hut roof in the several decades. What I was trying to do is to track down its losing historical record. But

Philippines is different case, the player parted from the mainland by her natural geography and scratched from the cultural wrench in the imperialism era. It is exciting to learn from them along with theirs living story which it shall turns to be the history in the next few decades. The most interested in study

There are two stages on the story of fighting fish in Philippines. The first stage was an emergence of fish fighting in 1980, they used mostly long fin. Another stage is just recent happened in 2008 along with the world wide booming of Siamese fighting fish both fancy and game bred fighter kick of by tremendously unlimited speed of computer social net work.

Unlike other countries on the mainland I have been visited Laos, Vietnam, Cambodia, Malaysia, Singapore and Indonesia. These countries have theirs history of playing captive fighting fish over 60 years. They did develop their own fighting fish strain up to theirs’ unique character. If the breeders from each country did not cross breed the fighter strain as they doing today. Ten years ago the fighter from these countries were not too difficult to distinguished one’s fighter source from another source, simply looking at it key feature. Some specialists can point it just by his intuition. An exchange of stock from the major city rarely happened between these countries because of the Indo – china war and the transportation was not so convenient as today. So exchange stocks did by the local collectors and the players at the border transit between these countries.

Thank you for the computerization age and the modern transportation that make an exchange fighting fish stock from its source possible within 2 – 3 days, to

Philippines is comprised more than 7, 000 islands on SEA rim. Her location is on latitude and longitude of 13° 00 N, 122° 00 E. This island nation is accurately surrounded by the Pacific Ocean, and many smaller bodies of Sea. The climate within this latitude and longitude of Philippines remains very warm and humid throughout the year. Annual amount of rainfall of this region is heavy but varies widely. The latitude range is cover the Middle part of Thailand to north of Malaysia and Indonesia. This humid rain zone is suitable and best for breeding the fighting fish entire year as other countries in SEA do.

The theory on the origin of Philippines which is the most accepted, states the Philippines was once a part of the Asian continental shelf connected to mainland Asia by land bridges covered with ice. After the Pleistocene Age (2, 588, 000 to 11, 700 years ago) when the water that covered the land bridges melted, the Philippines was separated from the landmass of Asia and was further pushed to where it is now as time passed.

Many historians and scientists believe that the first inhabitants of the Philippines islands emerged during the Pleistocene period. They stated that, Philippines descended from different groups that came from Southeast Asia in successive waves of migration. Each group had a distinct culture, with its own customs and traditions. Because of the disappearance of the land bridges, the new migrants were necessarily skilled in seafaring. These were the Indonesians and Malays, who came later to the islands in boats. They were engaged in farming and mining.

So the native people before Spanish invaded were people from the SEA main land, Malay and Indonesian in which basic oriental culture farmer was laid. This was why an introduced fighting fish game quickly welcomed along with the game fowl; (Sabong or the fighting cock game is legal in the Philippines and regulated as well. It was passed as a legal sport in 1974. Most islands have a legal stadium or outdoor arena where the men can go on weekends to either watch, wager or fight their game-cocks).

Fighting cock and fighting fish always are common hobby in the SEA, goes along since an ancient time. But fighting fish in Philippines seems started late. It was because Philippines is geographical isolated by the sea and lack of wild Betta species. Another reason, fighting fish in the past was purely domestic hobby in which fish has very short period life span and not easy to go with the owner, compared to the cock that sailor may have them in delicious dish. The cock can accompany with the owner as a favorite pet and theirs offspring as a food. Fighting fish is depended very much on the shipping time that secures the live of the fighter. The Philippines players can catch up the mainland fighting fish trend by the mean of social network that recently rise and the cheap flight in the region within a few hours.

One of the most interested in study Philippines fighting fish is, though Philippines is the SEA race basically living style is simple and inclined to the spiritual inner mind. On the other hand, materialism by their westernized education and the Christian religious patterns shaped them follow the logic of empirical thinking. So we have two explicit contrasting in one body, in one way they hold the social value pro on fighting animal and another way they are educated to decline on abusing animal as a game. For me this contrast parallel existence is a curious cultural symbiosis.

The beginning of fighting fish in Philippines was lead back in 1980 or around 30 years ago. The fighting fish type was a long fin fighter easy to access and cheap from local aquarium pet shop. The curiosity on using them to fight may come from the fish’s name itself, “Siamese fighting fish” that challenges the player to try it. At that time they also used the as in

North Vietnam and Republic of Dominican (DR) doing. This is one of my astonishment I heard they given the same...