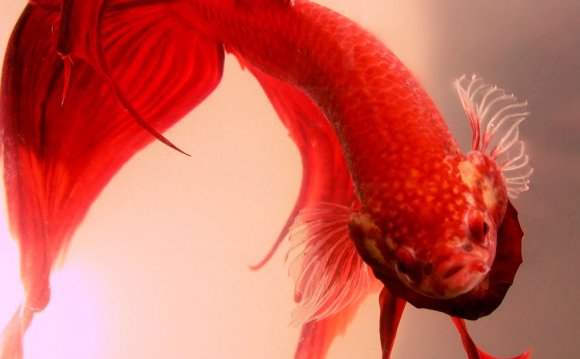 Well, you can't blame a goldfish for not playing fetch or staying on a leash while you're taking your evening walk (they're pretty fussy that way!). After all, their job is just to look pretty in a fishbowl, and quickly dive behind seaweed to hide from the Tabby the ever-curious cat.

So, let's introduce you to a fish that's got more character and more style, and is oodles more fun than a goldfish: the Siamese Fighting Fish!

True to its name, this beautifully coloured 'water warrior' has a short temper and goes red in the face and all over (or blue, or what have you, depending on the kind you have) when you pick on the little fella. He spreads his fins, flares his gills, and gets into attack mode when you tap against the aquarium glass, although to do that all the time would be cruel, and you'd be invading his privacy. Warriors tend to be pretty irritable, you see!