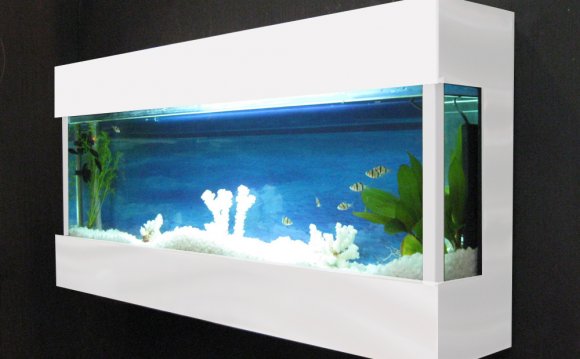 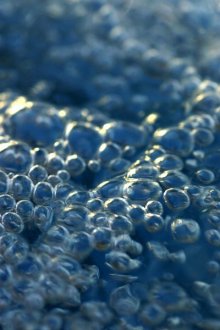 Clusters of bubbles on top of water usually signal a betta fish nest.

If you have male betta fish, otherwise known as Japanese or Siamese fighting fish, you’re probably accustomed to occasionally seeing clusters of bubbles floating at the top of the fish bowl. This means a betta is preparing to find a mate. The first step in betta courtship is to build a nest of bubbles in which the offspring, if there are any, will live until they mature enough to swim on their own. Most male bettas build bubble nests regardless of whether a female is in the vicinity. This behavior is a strong indication of a happy, healthy betta.

Male bettas usually start building bubble nests as soon as they’re old enough to reproduce, usually between 8 and 12 weeks of age. In the wild, they first establish their territory through combat with other male bettas. Once he’s staked out his territory, a betta begins building the nest by taking gulps of air at the water’s surface and spitting out bubbles made of saliva. He will do this in rapid succession, sometimes for hours, until the nest is complete.

Once the nest is finished, whether in the wild or in a breeding tank shared with a female, the next step is courtship. Male bettas are not gentlemen to their prospective mates; they are aggressive pursuers who will not shy away from brutality to herd a female underneath the nest. In the wild, he spends this time fighting and chasing off male rivals as well as dealing with females who are unreceptive to his advances. Once a female is in place and signals that she’s ready to submit to his advances, spawning takes place; the eggs are captured and held by the bubbles in the nest.

Although he’s not a gentlemanly mate, the male betta is a good father, taking sole responsibility for raising the young spawn as a single dad. He vigilantly guards the nest until the eggs hatch one to two days after spawning. The young bettas, also known as “fry, have special cells along their bodies that keep them attached to the nest. In the wild, bubble nests attract infusorians, microscopic organisms that serve to feed the newborn bettas. The fry will stay in the nest, watched over by their father, until they are old enough to swim away in search of a more substantial meal.

Bubbles and the Single Betta

The instinctual drive to prepare for mating by creating a bubble nest is strong enough that male bettas will generally do this on a frequent basis regardless of whether they ever have contact with a female. Bubble nests in your solitary betta’s fish bowl are a good sign that your betta regards his tank as his territory and is feeling healthy enough to spawn. In general, the healthier a betta is the more often he’ll build bubble nests. However, a lack of bubbles isn’t necessarily cause for concern. If the fish tank has a filter that creates even a slight current, this might prevent your betta from nest-building. Not all bettas are inclined to build bubble nests on a regular basis.