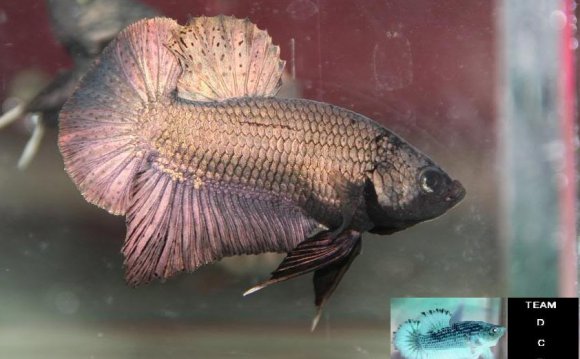 So I believe it was the 13th, when my betta, Spidey, started acting a little weird. He would act normal and swim up to my face excitedly, but mostly chill at the bottom of the tank- which is unlike him. He had made a bubble nest and continued to act normal for the most part, till yesterday (14th) and today (15th). On both of these days, he was mainly resting at the bottom, occasionally moving spots, but would dart to the top all panicked while trying to take air before going back to the bottom (almost like he was sinking). I took out about 50% of the water out of the tank (so he wouldn't have to go so far for air), took out everything besides the filter and the heater, trying to feed him a pea. He would perk up but didn't have the strength to swim over and grab the falling food. My sister and I transferred him into the small container he originally came in when we first got him to try to see if he would eat the pea. However, since there's not that much room for him to move around, he tries to gain momentum by swimming in a circle, and will try to jump in order to grab some air (which he was doing in the 5 gal as well) or to try to get the pea. Whenever he'd make it near the surface of the water when getting air, he'd grab air, then sink back down to the bottom.

For the past few weeks he hasn't been eating much either, and since a couple of days ago, he refuses to eat at all (I feed him 2-3 pellets twice a day, which I've been doing since I first got him; not sure if that would help him accumulate the constipation or not). I haven't fed him properly for roughly a week more or less, as he would only eat one pellet per day, till recently- where he refuses to eat completely. There are no signs of white spots, ammonia burns, or inflamed gills. He shows no other signs of other disorders/diseases besides SBD/Constipation as his belly is really bloated, he's lethargic, and sinks to the bottom. Also, his body has also occasionally gone in an S-shape upon realizing that this might be SBD. Other than struggling to swim, he's very attentive and still is curious and examines his surroundings.