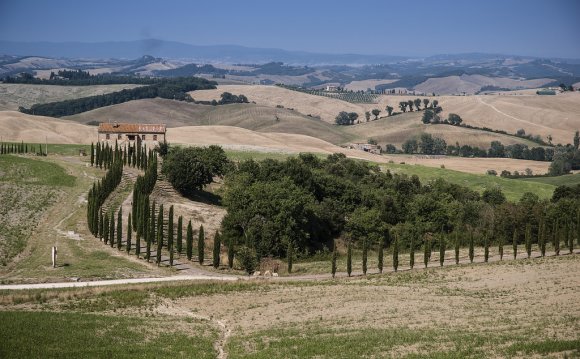 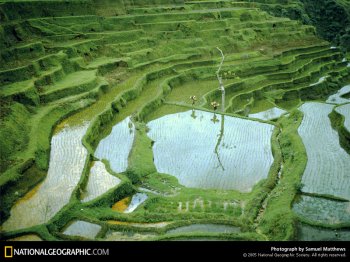 Betta splendens are surrounded by myths. Misconceptions about this domesticated Betta species have created a slew of controversies about their care, some perpetuated by confused owners and many perpetuated by fish supply stores. One of the most debated topics on Betta fish care is one of basic care: What size fish tank does a Betta fish need?

Some claim that Betta splendens do not need more than a few inches of water, citing the idea that these fish live in mere puddles of water in the native lands the species originated from. Others say that the size of the tank does not matter as long as it is not too large or else the Betta fish, territorial in nature, will panic from trying to protect too much territory and thus a large tank will kill it from stress. On the other end of the spectrum, there are advocates screaming that anything less than 10 gallons is animal abuse and owners that place their fish into an environment of less than that should lose the right to own an animal. Finally, there are those who believe that as long as the water in the tank is changed regularly and the fish does not appear to be in distress that it does not matter what sort of tank a betta is kept in. 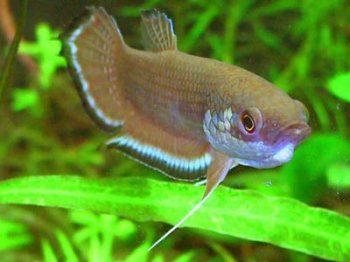 So what is the true answer to the Betta fish tank question? This can easily be found by looking at scientific explanation and concepts crucial and essential for the fish-keeping hobby. First, however, it is important to debunk the myths and separate them from the truths.

Origin of the Species

Betta splendens is the proper name of the commonly sold Betta fish, sometimes referred to as the Siamese fighting fish, in pet stores. There are hundreds of Betta species existing in the wild but long-finned and brightly colored Betta splendens are not one. This is because this form of the Betta splendens is a species of fish entirely man-made through years of domestic breeding for various desires, such as aggression and/or fin length, and there are enough genetic differences that identify it as its own domestic species despite sharing the genus name splendens of its short-finned and duller-colored wild counterparts. 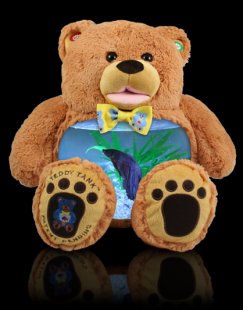 The wild B. splendens variety may not even exist in pure forms any more, or at least not in high populations, because of the amount of domestic Betta splendens that are sometimes released into the wild and breed with wild types to produce impure offspring.

Domestic Betta splendens come from a lineage of their wild counterparts of the same name and various Betta species that are native to the areas of Thailand (formally Siam), Malaysia, Cambodia, and Vietnam. The wild species are found living in rivers, streams, and rice paddies. The myth that Betta fish naturally live in puddles comes from a misunderstanding of what rice paddies are. These areas of shallow water are nowhere near puddles; rather, they are pools of water that can be anywhere from ankle-deep to 6.5 feet deep and contain long, horizontal, space. Farmers use rice paddies to grow various crops and they can support many semi-aquatic plant species. The paddies are deep enough to hold an ecosystem and wild fish species often live in them, including wild Betta species. 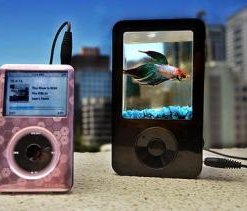 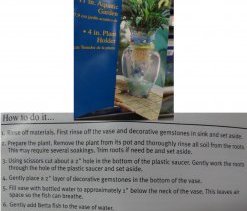 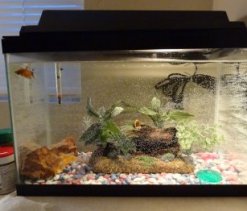 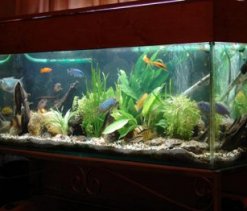