Keeping Bettas with other fish 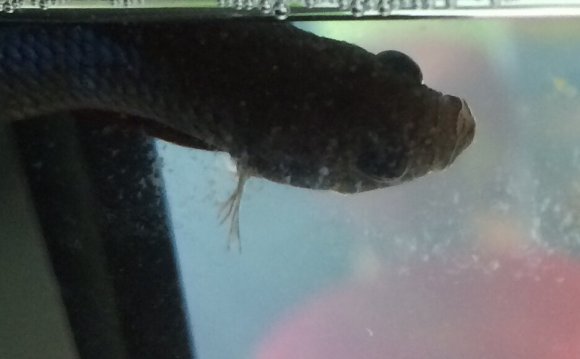 Betta splendens originates from the still waters and slow, shallow rivers of Thailand and Cambodia. In Southeast Asia, bettas have been bred for centuries and have been used as a means of gambling, prestige and to settle business disputes. Nobility were the first to exploit these fish and help to create some of the strains seen today.

The Siamese fighting fish are known as anabantoids (a sub-order of fish also known as Anabantoidei) and are the smallest of them all. The word “Anabantoidei” derives from the Greek verb “Anabaiano” meaning “to journey up” or “to go up”. This is based on observations of the fish regularly going to the surface to breath oxygen.

Bettas are able to take in oxygen from the surface via an organ called the labyrinth. In the wild this adaptation allows the betta to survive, for a time, in oxygen depleted water far to hostile for other fish species. I have read that this adaptation also allows them to leave an exhausted or dried up water source and “walk” on their pectoral fins in search of new and viable water locations, although I have never witnessed this behavior. They can and normally do take in oxygen the same as any other fish, filtered through the gill pates.

Bettas grow to a length of 2-2 _ inches, females being a little smaller. Males have large, flamboyant fins were as the females lack this flashy finage. Under normal captive conditions, bettas live approximately 1-2 years.

Bettas prefer a temperature of 75-84 degrees F and are sensitive to changes in temperature. Swings in temperature may lead to the development of velvet (most common problem with bettas) and ich. A pH of 6.0-8.0 is an acceptable range with a hardness of 25 degrees dGH.

Bettas are surface to mid-water feeding fish. Betta Bites are the most balanced betta specific diet available and make for the perfect staple. Bettas will also consume a variety of flake, freeze-dried, frozen and live foods.

Betta Bites should be fed sparingly, gently applying the pellets to the surface allowing them to float. Frequency is determined by purpose. To just keep them healthy 1-2 times daily and if conditioning for breeding 2-3 times per day is adequate. Remove any uneaten food particles.

If your betta refuses to feed due to the stress of moving into a new location or switching to a new diet, be patient, by crushing the pellets between your fingers and then feeding, it will help to stimulate your bettas appetite. It should only take a few days for your betta to begin eating again and no, they will not starve to death in a matter of days. In the wild, they may go for more than a week without feeding with few ill effects.

• Note: Bettas will not live off the roots of the aquatic plants as advertised in those attractive vase kits. They need to be fed with some kind of beta food for long-term success.

The best way to keep male bettas in good condition is singly, in tanks or containers of their own. It should be noted that anything less than one quart is considered inhumane. Surface area is more important than volume considering most bettas are kept in un-circulated containers.

Male bettas when kept together in the same enclosure will brutally attack and kill one another (more so with same or similar colored males, so I have read). Both fish are usually damaged so badly that there really isn’t any “winners”. This behavior is due to their natural response when encountering other male bettas in shrinking water sources and for competition for ripe females in the wild.