Male Betta fish with other fish 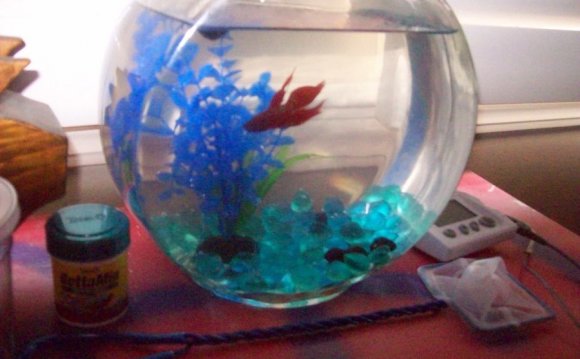 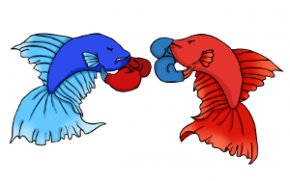 Bettas fighting other species of fish

While male bettas are generally highly aggressive with other males of the species, often fighting to the death, they are generally calm within a community tank, and will rarely prove aggressive to other species of fish.

While it is always important to pick tank mates carefully if mixing species of fish within the same aquarium, bettas make good community fish if you introduce one male and a few females to a group tank.

One issue that can sometimes arise if keeping other dominant or predatory fish with bettas is that they will target your male bettas due to their bright colors and long fins and tails.

Bettas are relatively slow swimming fish, and this, added to their distinctive appearance, means that they will often fall victim to larger bullies of other species and get their fins and tails nipped.

When two male bettas view each other as a threat and are preparing to fight, they will puff up their gills, deepen in color, and deliberately display their fins and tail in all their glory in an attempt to intimidate the other party.

Here’s a great tip: If you wish to see what your male betta looks like in threat display without risking their health, you can hold a mirror up to the outside of the tank. When your male sees his own reflection, he will think it is another male and display his fighting stance!