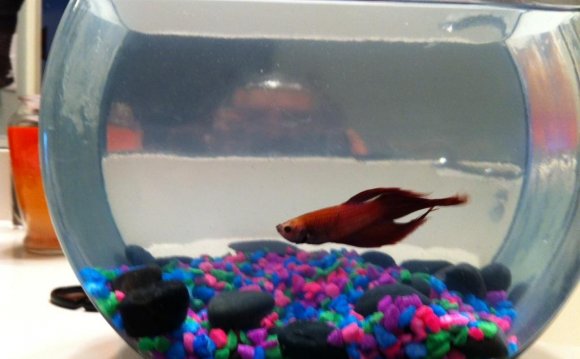 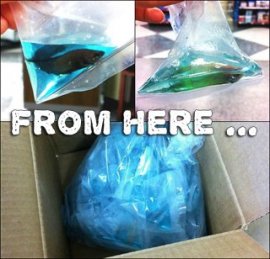 Before I knew any better, I used to beg my parents to buy me “pet” fish from pet stores. We’d bring them home and dump them into a probably-not-big-enough tank—and for some reason, we found joy in watching them swim in pitiful, endless circles.

Back then, it didn’t occur to me that there was anything wrong with condemning a tropical animal, who would swim freely in nature with no boundaries, to life in a 10-gallon glass prison. As it turns out, there is SO much wrong with it.

Ninety-five percent of saltwater fish sold in stores are captured from the wild.

Fishers douse the coral reefs with cyanide, which is ingested by the fish who live there, and as reported in Scientific American, “[t]he resulting asphyxiation stuns some fish and sends others into spasms, making them easy to grab by hand or net.”

Half the affected fish die on the reef, and 40 percent of those who survive the initial poisoning die before they reach an aquarium.

Approximately 90 percent of freshwater fish are raised on farms. Goldfish, for instance, are usually bred in giant tubs in facilities that produce as many as 250 million fish per year.

These animals are sold to pet stores and other shops, and many are doomed to live in plastic bags or bowls, neither of which provides them with the space or oxygen that they need.

Pet stores like to promote betta fish as easy “starter pets” who are able to survive and thrive in extremely tiny containers with only a few inches of water to swim around in.

Betta fish are native to Asia, where they live in the shallow water of rice paddies, ponds, or slow-moving streams. Since the water is shallow, it is also warm, which is why betta fish in captivity require a minimum of 10 gallons of water in an aquarium that can be kept heated to at least 75 degrees.

Oh, and if you’re wondering how they get to pet stores, here’s your answer:

Bottom line: Buying any animals, including fish, from pet stores supports industries that treat animals as nothing more than merchandise and sends a message that animals’ lives are only worth what we’re willing to pay for them.