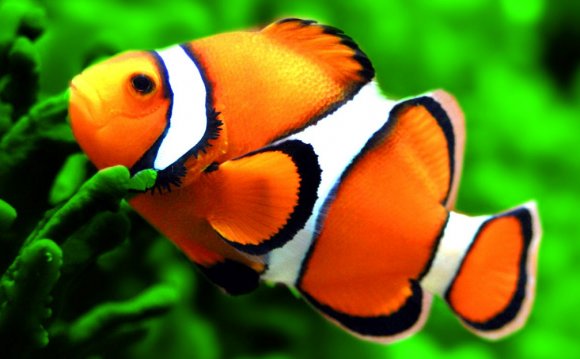 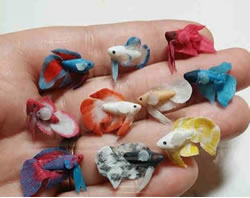 Betta fish are fast becoming popular among aquarists. In fact, it is said bettas have overtaken the goldfish as the “ideal” fish bowl buddy for the home or office.

This may be attributed to the bettas distinctly attractive colors, hardiness, and ability to thrive in smaller enclosures than most fish species.

Knowing some common myths and facts about bettas can help improve how they are kept and taken care of.

Many betta owners may have observed their fish distressed or dying in large tanks and attributes it to the myth about bettas and large tanks. However, this may be associated with problems during acclimatization, setting up of the tank, or husbandry practices. When the conditions inside the aquarium are kept at ideal levels, there is no reason why a large tank can’t be an ideal place for bettas.

Bettas ideally thrive in a cup or bowl.

Bettas can survive for a short-period of time in a cup or bowl provided that frequent water changes are made and appropriate room temperature is maintained. However, cups and bowls are not ideal homes for bettas since these are prone to rapid deterioration in water quality, and fluctuations in temperature. Frequent 100% water changes can also be a major stressor for your betta.

A betta can thrive in a vase with plant roots in the water to mimic their natural environment in the wild. They will feed on the roots of the plant. At the same time, the roots will act as a natural water filter, so you won’t need to feed or make water changes.

Female bettas can be kept in the same tank together.

Female bettas can be kept in the same tank but only under very definite conditions. Bettas are solitary creatures, and will thrive perfectly on their own. Keeping female bettas in a sorority tank have shown some favorable results, however, you will need to watch your fish like a hawk during the first few days or until a pecking order has been established. Expect to see torn fins and even some missing scales during this period of adjustment.

Bettas thrive in smaller tanks because they don’t move around much.

Bettas are like people, some like lounging around while others actively patrol their tank, especially males. Whether a betta is placed in a big or small tank, the amount of movement is usually dependent on personality and health. A sick betta may become lethargic and won’t move around very much.

Bettas create a bubble nest as a sign of happiness

Bubble nesting is an instinctive behavior among bettas. Male bettas make a bubble nest by taking air into their labyrinth organ, coating it with slime, and sticking the bubble to other bubbles. Bubble nests are where females put their eggs. Even when extremely sick, a betta will still make a nest for pregnant females.

About the Author:
Peter Hartono is the founder and CEO of Just Aquatic - a proud Australian company that offers homegrown aquatic plants and aquarium supplies carrying top of the line brands including API, biOrb and Exo Terra. To find out more of our exciting offers and promotions check out our Facebook Page and follow us on Twitter at @justaquatic.