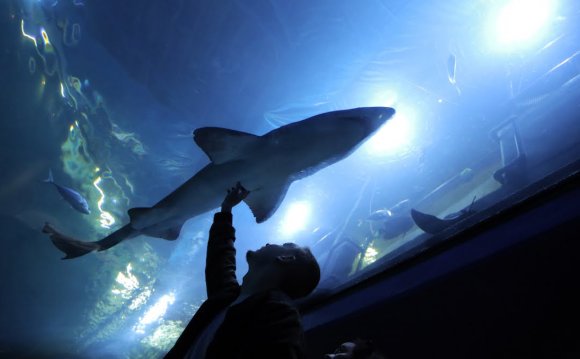 There are 28 - 30 recognized species of clownfish.

Clownfish are found in warm waters of the Indian and Pacific Oceans including the Red Sea and the Great Barrier Reef of Australia.

Clownfish have a symbiotic (long-term mutual benefit) relationship with sea anemone which is a fish-eating plant-like animal that has poisonous tentacles.

Sea anemones benefit from clownfish who clean them by eating its parasites and dead tentacles, help circulate the water around them, attract potential prey with their bright colors, and provide nutrients from their droppings.

Clownfish in return benefit from sea anemone, who provide food scraps and who's venomous tentacles protect the clownfish from any attack by other fish.

The clownfish builds up an immunity to sea anemones lethal sting over time and because of a layer of mucus on the clownfish's skin.

Clownfish species include yellow, orange, reddish and blackish varieties with most covered in patches or bars of white color.

All clownfish are born as males. When the dominant female of a group dies the largest male will turn itself into a female, this change cannot be reversed back.

Females lay around 1000 eggs, the male clownfish will guard the eggs.

Clownfish make up over 40% of the global marine ornamental trade. The fish are either bred in captivity, or captured from the wild.