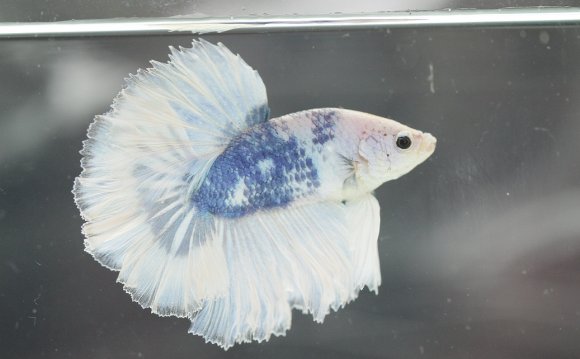 Siamese fighting fish, or Betta splendens, are known for their flashy colors and extremely aggressive behavior. They are a perfect model species for studying sexual behavior. First, I reviewed betta mate choice and the courtship ritual. Female betta are known to select a male based on a number of visual cues such as male size, vigor, fin length, and aggression in addition to male territory and bubble nest quality. Then I examined what mattered most to the female: movement or coloration. I studied this phenomenon in captive bred betta fish and found that females prefer red colored males over blue coloration in males. However, when red males were anesthetized, female betta preferred blue colored males over red colored males. This preference for red coloration may reflect the role of carotenoid dependent signaling.

Behavior is constantly being modified not only during an individual’s life, but throughout a countless number of generations. During this time, species adapt behaviorally and genetically to their changing environment. The fitter individuals survive and pass along their genes to subsequent generations, and in time the frequency of alleles in the population can change. This is the basis for the evolution of present day traits in a population. Ethology is the study of an organism’s actions and seeks to explain them with respect to behavior and not as an abstract idea of the organism’s thought processes (Eibl-Eibesfeldt 1970). The field seeks to understand why behaviors occur, including learned versus innate mechanisms, and how environmental pressures lead to evolution of behaviors. Mating behavior in particular has been a topic of interest across a wide variety of species. Fish are often studied due to their vastly different and specific mating rituals (Hoar 1962). In addition, it is relatively easy to set up artificial environments in the laboratory and maintain large breeding populations for many species. One such species that is often studied is the domesticated Betta splendens.

In this thesis, I will first examine the courtship process of B. splendens and how mates are selected. This is important to understand because betta have a complex courtship ritual and mates are selected based on a number of visual and behavioral cues. From there, I will investigate the relationship between coloration and movement on mate selection when direct physical contact is denied to a domestic stock of betta.