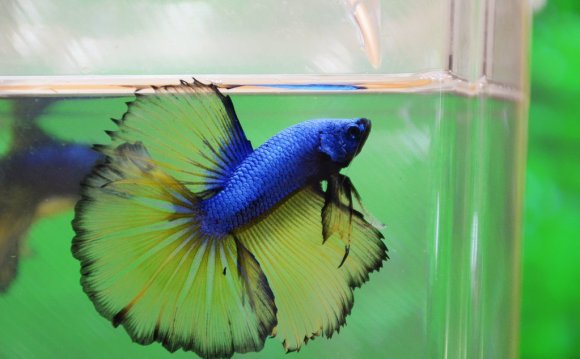 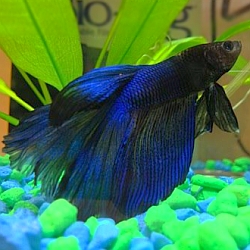 Betta history began in the warm, shallow waters of the rice paddies of Thailand. Although Bettas now have a reputation for being among the most beautiful fish in the world, their humble origins showed a very different kind of fish. Before modern times, the Bettas caught in rice paddies and stagnant pools of water and streams were actually quite small and brownish in color. They became known as “The Jewel of the Orient” for the rare occasions when a boldly-hued Betta would end up in a net.

Known by the Thai as plakat, which means biting or tearing, Betta behavior has always been aggressive. Male Bettas are especially territorial and are fiercely protective of their nests, fighting anything they perceive to be a threat. This aggression led the Thai to turn fish fighting into a sport, pitting two male bettas against each other in battles.

Natural Betta behavior meant that the fights would last only minutes before one Betta subdued the other. Once Betta breeding began, fights could last up to several hours and act as entertainment for villages. People would make bets on the fish, losing money, property and even family members in the process. The Bettas would flare and fight each other until one was severely maimed and injured, but not to the death because the harmed fish would be removed from the glass bowl before that point. However, death often occurred soon after for the losing fish.

Thanks to improvements in Betta fish care over the last couple hundred years, Bettas are no longer the small, mean creatures of the past. From widely-licensed breeding and captivity methods instituted years ago, Betta aquariums have gained international popularity. Modern Betta fish are bigger and more vibrantly colored, creating an interest for Betta lovers around the world.

Although Betta fish may no longer be as aggressive as they used to be, it is still not recommended to keep multiple male Bettas in the same tank because they are very territorial. In some cases, it may be possible to have two female Bettas in the same Betta aquarium as long as they don’t become too aggressive. Usually a Betta aquarium is comprised of one Betta and other fish that are peaceful and won't stir up the fish’s aggressive behavior. Recommended fish for a Betta aquarium include Rasboras, Danios, small Barbs and others that can be found at your pet store. Just be sure that the fish are small and don't have characteristics that resemble Betta fish, such as long fins. Still, Bettas can show signs of aggression and should be immediately removed from the environment at any sign of trouble.