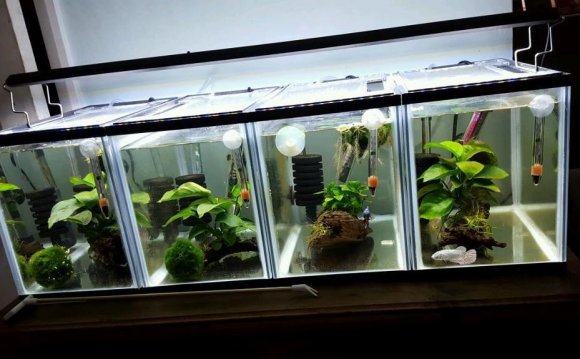 Using aquarium salt should be considered if you like to keep your betta healthy. I realize this can still be considered controversial, however through research and practical application the positives far outweigh the negatives if used properly. It is an inexpensive preventative that does not harm the beneficial bacteria in your tank or plants when used at the recommended dose. Aquarium salt does not contain iodine like table salt or trace mineral like sea salt. Most tap water has an extremely low level of salinity. The rivers in Thailand do not flow with North American tap water and once chlorine is gone via dechlorinator—it’s a party for bacteria in tap water. By adding aquarium salt we are actually recreating the betta’s natural habitat conditions. The natural Thailand environment of betta has a wide range of salinity, from very low to brackish depending on location or proximity to the Gulf of Thailand which is a salt water environment with fresh water flow. Thus betta have a high tolerance to salinity variance developed over millions of years. Most bad bacteria have little or no ability to adapt to changes in salinity and will literally burst cells causing death.