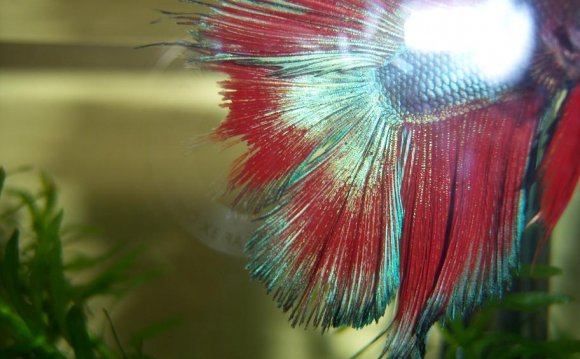 Fish do get constipated! It is a problem especially for laterally compressed fish and some fish species seem especially prone to it, such as Goldfish & Bettas. It can also be caused by an improper diet, some manufactured fish foods, or overfeeding. Constipation can and will kill your fish if the blockage is not addressed.

As it is with humans, roughage/fiber is important to avoiding fish constipation. Even carnivores get vegetation through the stomachs of the fish they consume in the wild, and roughage from bones and crustaceans. Make sure that your fish receives the appropriate amount of fiber/roughage in a form that is suitable for their dietary requirements. The amount required for good digestion depends on the fish, so some research is in order. Too much for the wrong fish or via the wrong source is also not good for their digestive system. 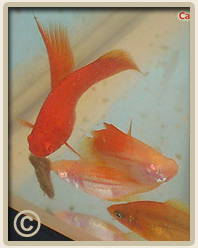 Carnivorous fish, as a general rule, do not digest vegetable fiber well and it is not required in high quantities due to a short digestive tract. According to About.com’s Freshwater Fish Expert, Shirley Sharpe, a carnivore diet should contain less than 4% fiber. Not all fish ‘classed’ as Carnivores are created equal though, so research your particular fish. For example, many fish species classed as carnivores will also snack on algae or seaweed in the wild. This fact extends to terrestrial species in the order carnivora as well. The carnivora order contains more than 260 species, most of which are actually omnivores.

Herbivorous and Omnivorous fish require far more vegetation in their diet than Carnivores, some more so than others. It’s never a simple matter of half and half for omnivores. Most Mollies, for example, are omnivores that require a higher intake of vegetation than your average omnivorous tropical fish.