Betta fish swimming on side 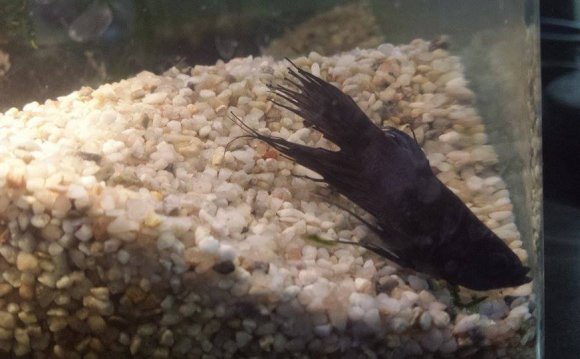 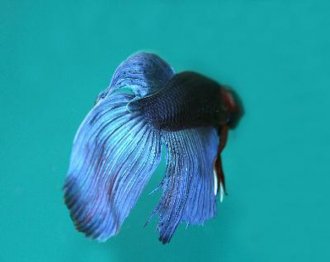 Visit your betta's tank with a flashlight one night after lights out; you will most likely find him sleeping on his side.

Betta fish, especially the males, are beautiful and relatively easy to keep if you pay attention to their particular needs. Contrary to popular belief, these fish do not live in puddles, but in rice paddies where they get a varied diet. Variety is essential to their well-being.

One of the most delightful elements about the betta's personality is its refusal to act like a fish. Bettas are intelligent, funny little guys who are fun to watch and interact with. One of their more unusual idiosyncrasies is that many of them sleep on their sides, like people. Bettas will lie on the top of the water, on the bottom of the tank, or on a leaf or other item in their tank and sleep. Their ability to sleep on their side has inspired the betta hammock, a little green silk leaf you adhere to the side of the tank so your betta can lie on it.

Constipation, a minor inconvenience for humans and other animals, can kill bettas. Constipation is caused by a diet too rich in protein and not enough fiber and causes a blockage in the intestinal tract that pushes up against the swim bladder. This causes the swim bladder to malfunction, resulting in swim bladder disease. This causes your betta to float on his side, usually on the top of the water, but not always. Sometimes they lie on the bottom of the tank.

The average lifespan of a betta is 2 to 5 years. As the betta ages, he slows down and becomes lethargic. You might notice he is becoming sick more often with diseases such as ick or fin rot, poor eyesight or muted coloration. An aggressive betta who used to flare at himself in the mirror may stop putting on that impressive show. As his age progresses, the betta will frequently lie on his side either on a plant or at the bottom of the tank. They are very vulnerable at this stage of their lives, so it's imperative you keep up with water changes, watching out for opportunistic tankmates and anything that may stress your betta.

It's In the Water

Bettas come from a climate that is naturally warm, so they are accustomed to relatively warm water. The tank water should be between 75 to 82 degrees Fahrenheit. If the water is too cold, your betta will become lethargic and lie on his side. Too cold water, poor water quality and general neglect are all causes of diseases, any number of which could make your betta lie on his side. Get to know your betta's personality and how he normally acts so you can take note of when he changes his routine. You should also be performing weekly water changes, offering a varied diet and spending time with your betta.