How to Mate a Betta fish? 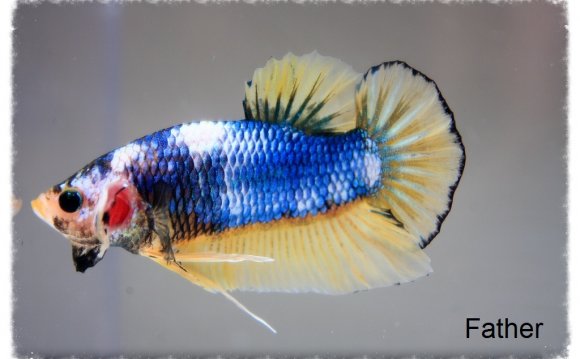 Methylene Blue (to protect torn fins from getting infected) spawning Maroxy (to prevent fungus from attacking eggs) Aquarium Salt (to prevent velvet disease) Treat with medicine to cure, not prevent. Bettas internal organs can be damaged by harsh medicine.

For a start, you will get better results by getting the pair into a condition good for breeding. You can feed the adult pair high protein foods like Bloodworms, Tubifex worms, small insects, (Adult)Brine Shrimp (Frozen/Dried/Live), etc...

Put plants in the tank in such a way that the fish can swim around it and chase each other without catching each other too easily. These plants will also later serve as a food source for the baby bettas who will eat microscopic organisms off of it. The growth of these organisms can be stimulated also by dropping a few drops of LiquiFry No. 1 in to the tank. The LiquiFry itself also consists of tiny food particles that the fry can eat. Baby brine shrimp(BBS) are also good.

The male is almost always ready for breeding. You may see him flaring and chasing after the female. This is normal. He most probably may have also already built his nest. If you are the cautious type and are waiting for the nest to be ready before you introduce the female, do so now.

The female, may occasionally destroy the male's nest if she feels it is unsatisfactory. If she does this, remove her and let the male rebuild the nest again. Reintroduce her after he has finished building his nest. If after reintroducing her again, she still destroys his nest, you may wish to get another female, or another male.

When the female has chosen a male she will maneuver her body so that her head is facing downwards. Depending on her colors you may also see vertical stripes on her body. The female will also occasionally chase the male.

After some more chasing the male will eventually capture the female and wrap his body around hers and fertilize her eggs.

He will recover quickly and catch the eggs and put them in his nest. The female will stay motionless for a while longer. She occasionally will help by putting the eggs in the nest. DO NOT be fooled - at times she may be eating them instead.