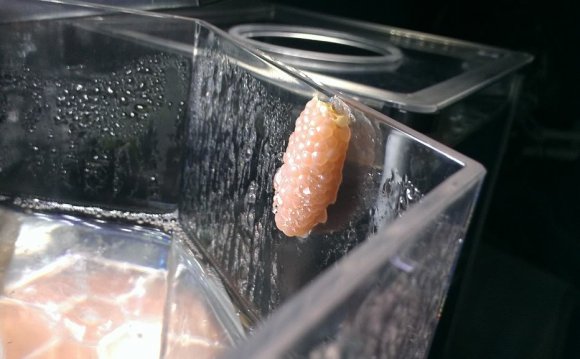 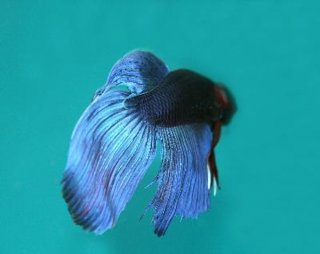 Male bettas have elegant, flowing tails and fins, while females' are shorter.

fish image by olena from Fotolia.com

The beautiful betta fish is easy to care for and relaxing to watch. The colorful bettas most people are familiar with are males, but if you have a male and a female, you'll likely have baby bettas, too. Before bringing two betta fish home, know what genders you have. Two males will fight to the death.

Male and female bettas start life the same size, but by adulthood male bettas are larger than females. A male betta will grow to about 2½ to 3 inches in length from his mouth to the base of his tail while females may only grow to be 2 to 2¼ inches. Though their bodies are visibly larger and longer, males are thinner than female bettas.

Female bettas have smaller tails and fins than male bettas. The females tend to look more like standard fish, while the males develop elegant, long, flowing fins and tails that sway and wave as they swim. It's the distinguishing fins and tails of the male fish that are so familiar and are among the features that attracts many people to bettas.

If you're looking for a dramatic fish with vibrant colors, you'll want a male betta. Females display the same colors as males but they don't tend to be as vivid. The males typically display the brighter, more flamboyant colors. Once in awhile, though, you may come across a female betta who has developed a brilliant hue, so you can't use color as the sole determining factor when establishing whether a betta is a male or female.

All betta fish, male and female, have beards right below their gill plates. These little membranes extend when the fishes' gills close. You'll easily see a male betta's beard as it is large and noticeable even without his gills closed. The female betta's beard, on the other hand, is so small that you may not see it unless her gills are closed and you're looking closely.