How to care for a baby Betta? 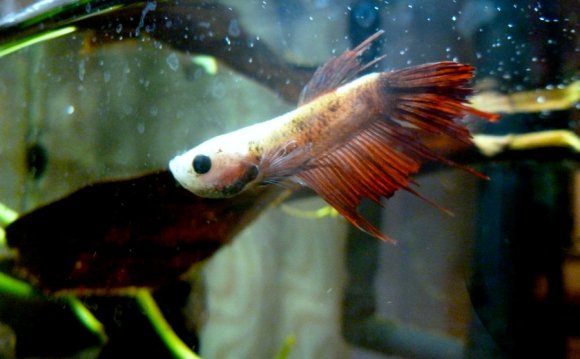 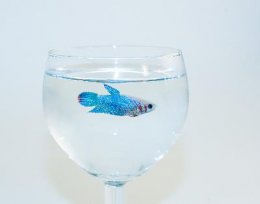 The more you feed your betta fry, the more quickly they will grow.

Betta fish are a bubble-nesting species; their fry will spend their first few days of life in the nest guarded by the male. Once the fry become free-swimming, however, you'll have to provide food. What you give them to eat, and how much, will determine how quickly they grow.

Start a culture of infusoria several days before your betta fish spawn so they will be ready when your fry hatch. Infusoria are microscopic aquatic organisms that you will feed your betta fry for the first few days after they've consumed their yolk sacs.

Fill a large plastic or glass jar with water and "seed" it with infusoria culture purchased online or at your local fish store. Boil a few pieces of lettuce for one to two minutes, then place it in the glass jar as food for the infusoria.

Wait a few days after the fry have hatched until they absorb the yolk sacs. During this time, the male betta will continue to care for the fry in the bubble nest and the fry will not require any food until their bodies have fully absorbed the yolk sacs that remain attached to their bodies after hatching.

Remove the male betta from the tank after the fry have become free-swimming - that is, once they have left the bubble nest. Male betta fish typically do not eat their own fry but it will be easier to care for the betta fry if you keep them in a separate rearing tank.

Maintain a stable water temperature in the betta fry tank around 75 to 80 degrees Fahrenheit using an aquarium heater. If the tank temperature changes too drastically, it could hamper the growth of your betta fry or kill them outright.

Use an eye dropper to siphon some of the infusoria water out of the jar and squeeze it directly into your betta fry tank. Avoid siphoning any of the vegetable matter. The infusoria are small enough for newly hatched betta fry to consume, and their movement in the water will attract the attention of the fry.

Feed your betta fry an eyedropper full of infusoria several times a day for three to four days. After four days or so, the fry should be large enough to accept larger food.

Offer your baby betta fish newly hatched brine shrimp following the same procedure with which you fed them infusoria. Feed the fry small amounts of brine shrimp several times a day to help them achieve maximum growth. You may choose to purchase your brine shrimp or culture them yourself.

Add variety to the diet of your betta fry as they grow large enough to accept other foods. Betta fry will typically accept microworms and artemia as well as crushed freeze-dried foods like bloodworms and daphnia.

Separate your betta fry into a 10-gallon grow-out tank once they reach 6 weeks of age. A larger tank will provide the fry with more room to grow. If you have a large number of fry, you may want to use two separate grow-out tanks.

Continue to feed your betta fry small amounts of food several times a day until they reach 8 weeks of age or until they grow to about 3/4 inch in length.

Separate the betta fry into individual jars or cups to continue raising them to maturity. If you prefer not to jar every betta separately you can jar the males and keep all of the females in one tank together. You should be able to identify the male betta fish at this point based on their brighter color and longer fins. The males will need separate tanks at maturity.

Items you will need