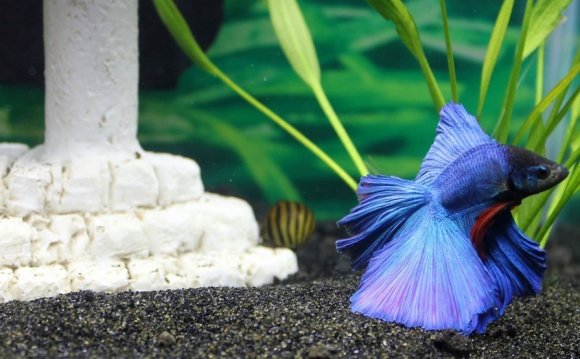 You might have seen the term ‘beta reader’ as you’re browsing writing websites, or maybe this is the first time you’ve heard of it.

Basically, a beta reader gives you feedback on your finished manuscript, so you can adjust it before you set it loose on the world. I consider them the superheroes of self-publishing (and great for traditional publishing, too).

What a weird term!

“Beta reader” has apparently been adapted from the software industry, where programmers release a ‘beta’ version of a new program to people who will test it. The beta version comes after the alpha version (which to a writer might be the first draft). I would have thought the alpha version was the one that goes on sale, but apparently not. Confusing, huh?

Beta testers find the bugs and improve the software’s usability before the final “release” version goes on sale. A beta reader tests your manuscript (by reading it), and tells you about the ‘bugs’ so you can improve its readability, its usefulness and even its saleability.

How to say it

Unfortunately, it’s one of those tomayto-tomahto kinda words. I say it “beeta”, like most Australians and quite a few Brits. In the US, it often seems to be “bayta”. And apparently in some parts of the world, it’s more like “betta”!

I think the take-home message is: Say “beta readers” however you like, just get some! 🙂

Why do I need a beta reader?

The fact is, we spend so much time on our own manuscripts that we can’t see them objectively — no matter how diligently we self-edit. These can be some of the outcomes (there are plenty more):

Is it the same as a critique group?

If you’re in a good one and finding it useful, that’s fantastic. People like Tolkien and CS Lewis were in what were effectively ‘critique groups’ (see this article about the Inklings), so you’re following in some quality footsteps. 😉

But it’s not quite the same thing as a beta reader, largely because of the group vs individual dynamic.

You may have experienced a group setting where a kind of groupthink happens, and everyone thinks it’s fabulous or alternatively everyone is tearing it down, and individual voices get lost. The big swirl of group discussion can also make it harder to identify which are the really useful comments, and which are less discerning about the purpose of your particular book.

How is it different?

The beta reader’s report cuts through this “noise”. A beta reader will read your entire manuscript, on their own, and develop a personal response to it, uninfluenced by the opinions of others. The thing I particularly like about this is that reading is generally a solitary pursuit, and books ‘happen’ in the mind of the reader. So it’s an authentic way to encounter your book.

The best beta readers will give you a written report on their responses (which could be several pages long), and they often also will make notes in the text, to show their reaction to specific sections of the book.

And no, the best beta reports are not always the ones you pay for. In fact, most people get beta reads by an exchange of favours with other writers.

Ideally you’ll get at least two or three or four beta reads, so you can then weigh them up carefully. The responses will be very different, so don’t be alarmed by that! (I’ll write more soon about how to respond to a beta read.)

Oh yes they do.

Getting another opinion is one of the foundations of the book industry.

Publishers have been doing the beta reader thing for years, they just don’t call it that. 😉 When I worked as a specialist editor for a Sydney non-fiction publisher, after I’d read an unsolicited manuscript, if we were interested in it we would send it out to one or more other readers. Commissioned manuscripts likewise went through a multi-reader process.

Also, in my ongoing work for publishers, I can always tell very quickly which manuscript has had a lot of skilled beta readers before it was submitted.

These are non-fiction books that have been commissioned — they are not trying to fight their way out of a slush pile — and yet that author has still taken the time to run his or her work by friends and colleagues to get another perspective. The quality shines out of those manuscripts. They almost edit themselves!

You can imagine that a book in the slush pile will have a much harder time “shining” if it’s had no feedback!

Don’t imagine for a moment that seeking a beta reader is an admission that you don’t know what you’re doing as a writer. Quite the opposite. It’s the professional way to go.

I’ve been writing for a living for decades, but I still seek opinions from beta readers on my own books. And for my novel, because it’s my first foray into fiction and a whole new set of rules, I’ve had almost a football team of beta readers at different stages and with different specialties! 😉 I’m determined it’s NOT going to be one of those First Novels that never sees the light of day. And so I get targeted feedback and work hard at applying it.

My betas point out all sorts of things I’ve missed — which is painful! — but I know they help me make it a much better book. And so I look forward to their responses with a kind of eager terror! 😀

I’m such a fan of beta readers that I’m writing a series on the topic. These are already published:

If you’d like to get these upcoming articles straight to your Inbox, use the form below to subscribe to this blog, and you’ll get them fresh from the oven. (I’m making up the part about the oven, but doesn’t it make you think of hot bread? Yum… hot bread…)