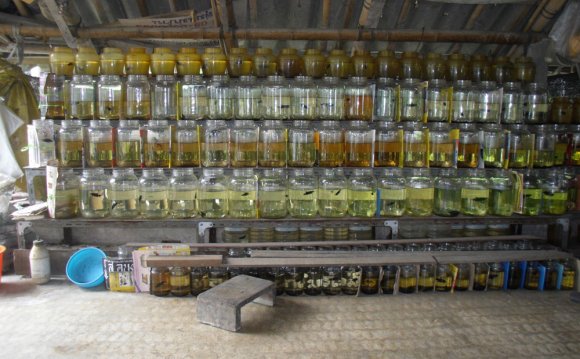 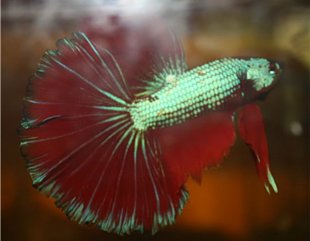 Crowntails received their name from their spiky tail and fins. They are very unique and popular. Crowntails can also be found in a lot of fish stores, but definitely not as often as Veil Tails.

Halfmoons are also very popular. They obtained their name from their beautiful caudal tail, which is the shape of a halfmoon and spreads at a 180 degree angle.

Thank you to Matt Thomas for this picture.

THE DELTA TAIL (No Abbreviation)

A Delta tail is the right name for any single tailed non-Halfmoon Betta. A non-Halfmoon is when the tail has straight caudal edges just like a Halfmoon, but they don’t reach 180 degrees. 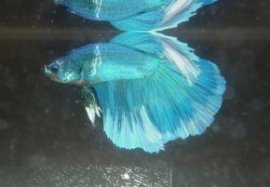 The Super Delta is similar to a Delta Tail, but an improved version of branching. It's amazing caudal fin extends between 120-160 Degrees.

The double tail Betta, as you can tell by its name has its caudal tail split in two equal lobes rather than one. They have two caudal peduncles.

While flaring, their tail almost makes a full circle. They have shorter bodies than other tail types, leaving them more prone to Swim Bladder problems (read BETTA DISEASES). 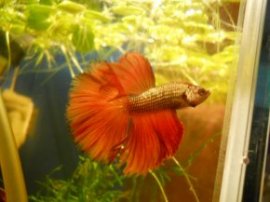 Double tail bettas are often crossed into other strains, as they have lovely broad dorsals.

Thank you for this photo, Matt Thomas.

THE SPADE TAIL (no abbreviation)

Spade tail Betta's aren't common, and you don't really see them anymore. Their caudal tail has a wide base, that narrows to a small point, just like a spade.

THE ROUND TAIL OR FAN TAIL (no abbreviation)

The Round Tail Betta's are single tailed Betta's with round edges. They are often confused with Halfmoons, but halfmoons should have a ‘D’ shaped caudal, with sharp edges, while the round tail have rounded edges. 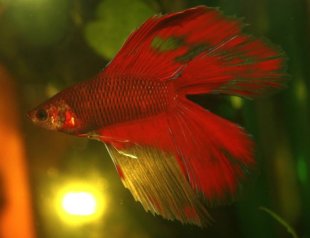 The Rose Tail Betta was developed by trying to breed the perfect Halfmoon. It's fins, especially the caudal have excessive branching and overlapping which gives the appearance of a rose.

THE FEATHER TAIL (no abbreviation)

The feather tail Betta is very similar to the rose tail, but tends to have a more ruffled appearance.

The Plakat is a short-finned version of the common Betta. They are usually more active then long-finned Betta's, properly because they don't have the long elaborate fins to slow them down. Also, they are known to have more resistance to disease, which makes them favorable to many Betta owners.

THE COMB TAIL OR HALF SUN (cT)

Comb tail or Half Sun Betta's are usually produced with crossing a Veil Tail and a Crowntail. They are not as spiky as the Crowntail, but do have a slight pointed appearance. 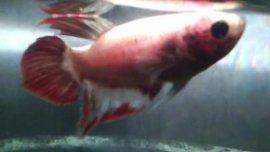 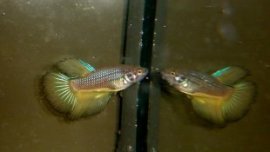 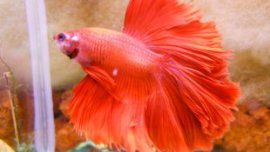