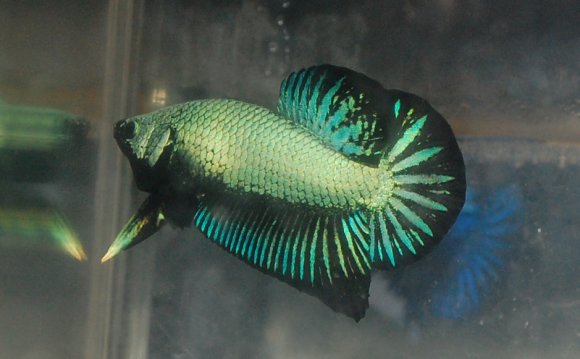 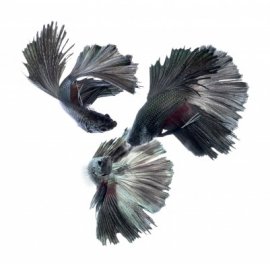 The Betta behavior that resulted in the sport of Siamese Fish Fighting is still a distinguishing trait of the modern-day Betta despite the customized breeding over the last one hundred years. Warriors by nature, their aggressive behavior stems from the male Betta’s need to protect his territory.

A male will adapt well to a community tank provided there is only one male Betta in residence and the other tank mates are of a peaceful variety. Take precaution not to place them in a tank with other fish that are aggressive because Bettas tend to get 'picked on' by the others, which could result in injury due to the nipping of the other fish.

Female betta fish, on the other hand, are not very antagonistic, and will do well when placed together, although a pecking order will be established in the community tank over a period of time. One fish will establish herself as dominant and the others will act in submission to that fish. As long as there are no new additions placed in the tank, there will be peace. 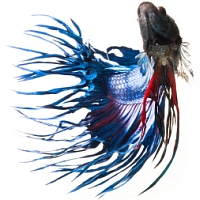 These elegant little betta fish each have their own personality. They are friendly, curious and will get to know their caregivers. Some enjoy swimming into your hand or being lifted out of the water to be stroked. There have been cases of Bettas who have suffered from depression, and after sulking for a time, they will starve themselves to death because of stress or lack of contact. In addition to their graceful beauty, these personality traits are what make Bettas ideal pets for people of all ages.

If you have ever seen a male Betta when he is “flaring, ” you will understand the attraction to these exquisite fish. Flaring is a manifestation of their aggression, and it occurs when a male Betta believes his territory is being threatened. Bettas also tend to become more aggressive as they mature.

Let's pretend that Fred, a two-year-old Cambodian Betta, is swimming around in his tank enjoying his solitude. Ever the optimist, Fred has made a bubblenest on the surface, hoping for a ready-and-able spawning partner to soon appear. He hears the slight splash of another fish entering his space, turns and immediately spots not his long-awaited love, but Harry, the Piebald Betta. Without hesitation, Fred attempts to make himself appear as large as possible by turning his gill covers outward and extending the dark red branchiostegal membranes beyond his gill cavity. His 'flaring' or 'displaying' makes him look much bigger to Harry, since Harry has a low visual acuity.

While an actual attack might not follow this position of warning, Fred and Harry assume a side-by-side position, head-to-tail, and the two males twist into a lateral S-shape as they will beat currents of water against each other. On occasion, Fred slaps Harry with his tail, and Harry responds by slapping him back with the side of his body. Neither is injured by this action, and Harry submissively retreats to a place in the tank that is beyond Fred's territorial boundary. Minutes pass and Harry flares again, showing off to Fred, who displays his own colors.