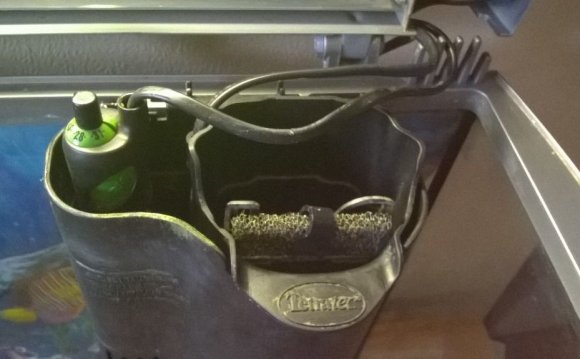 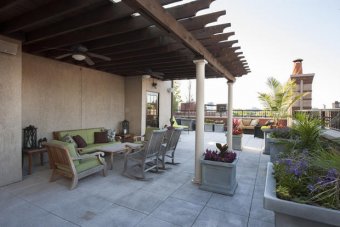 Jimmy Butler told Animal Planet’s “Tanked” crew he wanted an aquarium for his new River North, Illinois, pad that fish would be able to ‘bump’ in – and that’s exactly what he got.

In the heart of River North, Butler just purchased the 10, 000 square foot mansion for $4.3 million. It includes a 750-bottle wine cellar, 3-car garage, spacious deck, 'man cave' and billiards table – one thing it didn’t have is a super swanky fish tank, but luckily that’s now changed.

What Animal Planet’s Wayde King and Brett Raymer revealed to him was a 6, 000-pound epic boom box aquarium that even has speakers inside so his new fish can hear the music too.

The two initially offered up a basketball-themed tank, which Butler immediately put the kibosh on.

“Terrible idea!” Butler said. “Terrible! The basketball idea is not the right idea for this situation.”

He went on to push them in the music direction, saying, “I’m a really big music guy.” What might be unexpected to some is that the Bulls star is big into country music.

Butler’s reaction to his new massive old-school boom box tank, which they surprised him with on his way back from Bulls practice, was nothing short of amazement.

“OH! This is beautiful man!” Butler said. “This is better than I could have ever imagined … This is big time.”