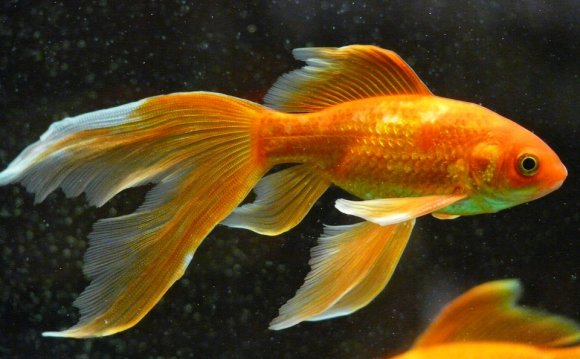 The Veiltail is perhaps well-known for its graceful tail and dorsal fin which looks like an angel. The long trailing beautiful fin is usually well-developed and can grow up to 6cms long depending on the age and physical condition of the Veiltail goldfish. It has a round body, the scales are metallic or nacreous and they varies in different color either in red, orange or calico. The Veiltails are known to be slow swimmers and are not supposed to be mixed with other types of active goldfish such as the Common Goldfish. This may cause them to have difficulty competing for foods.

As with other goldfish, they require moderate care and attention, and the most important aspect about this type of goldfish is to watch out for fungal growth on the long fins. 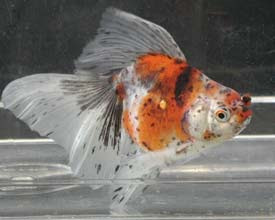 As such, water must always be clean and best is, check for early sign of fungal development or sickness. Watch out also for excessive nibbing exhibited by other aggressive goldfish or tank mates as this can cause the fins to be easily damaged. If this happens, the only way to overcome the problem is segregate the fish. Today many Veiltails were cross-bred to produce different variants such as the telescope-eyed Veiltail.