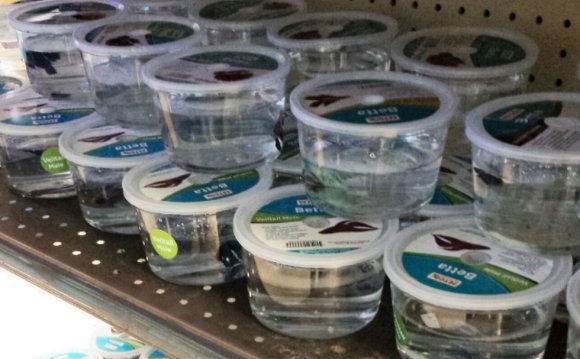 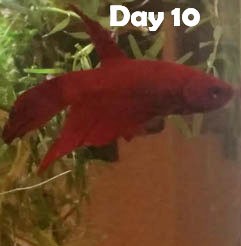 It's amazing what a little love can do to turn things around for animals in distress. Just ask Katie L. and her pet betta fish.

Last year, Katie was at her local big box pet store picking up food for her dog when she decided to stop by and look at the fish they had for sale. That's when she noticed, in one of the little cups on display, a lifeless-looking fish floating at the top of the water.

"I genuinely thought the fish was dead, so I decided to pick up the cup and take it to the front so they could dispose of it, " Katie told The Dodo. "Then something slammed against my hand. I looked, and the fish was flailing around at the top of the water, as if to say, 'I'm not dead yet!'"

After speaking to the store manager to complain about how they let the fish get to that point, Katie was told that she could take him, free of charge.

"If he's going to die, at least it will be in clean water, " Katie recalls telling the manager. "I didn't think he was going to make it, but I just didn't want him to die in a tiny cup. I brought him home and put him in this plastic tank I have. I had some medicine from other fish I've had and put it in there. I remember thinking, 'It's probably hopeless, but it couldn't hurt to try.'"

And it's a good thing she did.

Katie had originally named her new pet Sadfish, but under her care, it wasn't long before he began to show signs of recovery — pulling back from the brink of death.

"He was sideways, floating at the top of the water when I got him, " she said. "But after two days, he managed to right himself. It still took him about four days before he was willing to eat anything. But slowly, his fins started growing back, and he gained the ability to control where he was swimming." 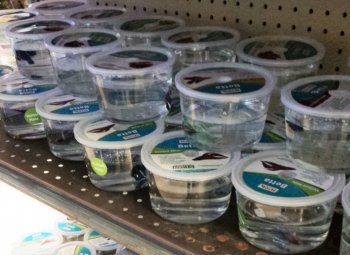 Amazingly, in a little over a week, Sadfish was already virtually unrecognizable from his former self.

"He bounced back really quickly, " said Katie. "After ten days, I put him into a ten gallon tank, and that's when he really started thriving. That was really cool."

"He turned from this dark, gross brown, to a vibrant red over time, " Katie said.

With that, it was time to give Sadfish a more fitting name. Given his remarkable comeback, like the mythical bird rising from the ashes, Katie decided to call him Phoenix.

By day 22, Phoenix was truly living up to his new moniker, especially as he continued to grow and grow.

"He turned out to have huge fins, much larger than I thought they would be, " said Katie. "His fins had been just that rotted away at the start." 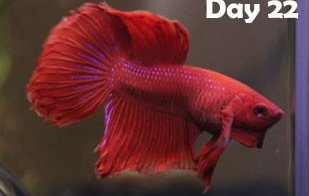 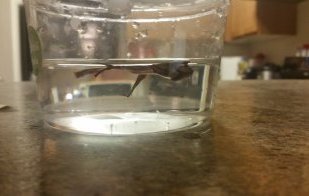 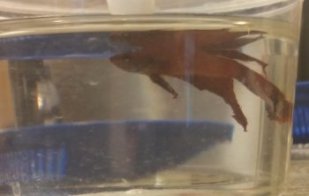 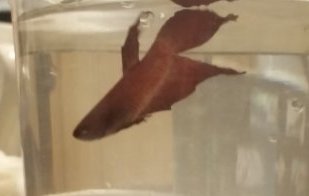