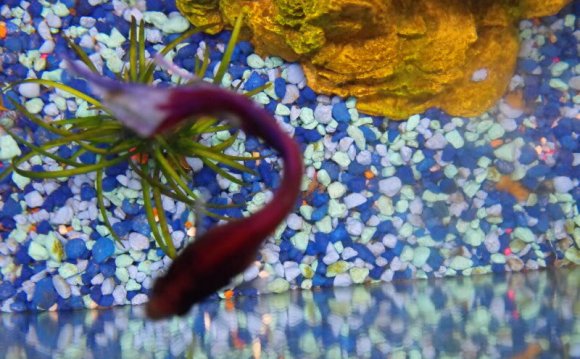 Dropsy is not a disease that is confined to Bettas. It’s not even confined to fish. In humans it is generally referred to as Edema. In fish, dropsy is the swelling up of the body due to retention of excess fluids. There are several reasons for this with the most common, and only treatable, being a bacterial infection. Other known causes are liver or kidney failure.

Dropsy in Bettas can be identified by the rounding of the abdomen and other areas of the fish. The scales will begin to stick out and look like a pine cone. The fish will become lethargic, refuse to eat and may lose some of its color. Fish with dropsy often have signs of other diseases as well because of the immune system’s inability to combat the bacterial infection that is present.

Why Did My Fish Get Drospy?

There are two major causes of dropsy. One is poor water quality and the other is introduction from an outside source. If you have recently added plants, fish or new decorations to your tank the dropsy causing bacteria may have hitched a ride in on one of them. If this is the case, there was really little that could be done about that. If, however, you have poor water quality, then the bacteria that was already present in the tank has been able to overcome the fish’s defenses because it has been fighting off other water-related problems. Check your ammonia, nitrite and nitrate levels as well as the pH of your tank. If any of these are out of whack, then they need to be fixed as soon as possible.

How Do I Treat Dropsy?

Immediate treatment is required for fish with dropsy. The best treatment for Betta fish is to move them to a quarantine tank (unless they are already living alone) and treat them with Chloromycetin or tetracycline. These antibiotics have been proven effective against the particular bacteria that attack the fish’s kidneys. The treatment is best administered by adding 25g per fish to each feeding. Other treatments include using methyl blue and Epsom salt baths. The methyl blue and salt mixture should be added at 1/8 of a teaspoon per five gallons of water while also raising the temperature of the water to around 86 degrees.

Although there is a chance that dropsy in betta fish can be contagious, it is more a disease related to tank conditions than the individual strain of bacteria. Still it is important to quarantine the fish immediately and begin treatment because the original tank is part of the cause of the disease. The original tank should also undergo cursory treatment so that the fish housed there are protected from the dropsy bacteria. Dropsy in Betta fish has a high fatality rate because once the symptoms are recognized there may have already been significant internal damage. To avoid this, it is important to check your fish everyday and be especially careful to notice any changes in behavior that may indicate that something is wrong.