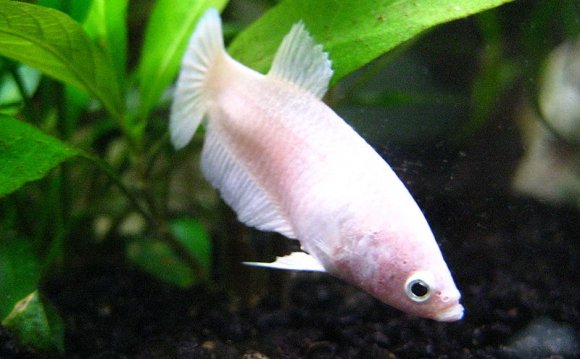 “Malawi Bloat” may be the name of this feared cichlid disease, but the truth is that it affects all cichlids from Africa, whether they are from Lake Malawi, Lake Victoria and especially from Lake Tanganyika.

Malawi Bloat is mostly a death sentence for the fish it affects. The cure success is lower than with all other diseases. The key is therefore to avoid it altogether. But for this, we need to understand all we can about this disease.

The good news is that three of the main causes for “Malawi Bloat” have been identified:

FIRST: The addition of large amounts of salt (NaCl) with the intent of simulating a more natural habitat. True, the rift lakes of Africa are alkaline and have very hard water with a pH of 8.0-8.9, and a General Hardness between 200-400 ppm, but common salt will not alkalinize your tank.

What makes water “hard” is a combination of dissolved calcium and magnesium. If you have soft water and need to raise the pH/hardness of your water, I suggest you use SeaChem’s Cichlid Salt, and/or the use of crushed coral as a substrate. Rocks, like limestone, are also helpful in raising the pH of aquarium water, but because minerals don’t stay suspended in water for long, it’s important to do frequent water changes. We discourage you from using any wood in the tank, as it will only serve to lower the pH of your water, even if its effects are minimal.

SECOND: Long term exposure to poor water conditions. Poor water conditions stem from infrequent water changes, a lack of sufficient aeration (for the denitrifying bacteria), and especially from overfeeding. All three of these factors leads to elevated nitrate levels in the water. Fish are very good at fighting off disease on their own, but when exposed to poor water conditions over a long period of time, they become stressed and their immune systems no longer function at optimal level (just as with us!). What actually causes the diseased condition seems to be a parasite that is always there but only becomes invasive when the fish is stressed. There is still some disagreement as to whether it is actually a protozoan or bacterium that causes the intestinal tract infection.

However, it cannot be emphasised enough: African cichlids are very sensitive to water quality. If you do not keep up a regular weekly water change routine, and keep on ensuring that your water conditions are impeccable, you are playing with fire!

THIRD: Improper diet and Overfeeding. In fact, overfeeding is probably the primary cause of Malawi Bloat. The old adage, “feed your fish what they can eat in five minutes” does not apply to the majority of cichlid species. You should only feed what they will eat in a minute or two. If they are not eating voraciously, cease feeding your cichlids for at least two days. (It may surprise you, but it may be actually be better for your cichlids to feed only every other day!)

Herbivorous Cichlids have long intestinal tracts, and therefore, it is quite common for them to have intestinal problems. Just to give you an idea of how long they really are, Cichlids’ intestines are FOUR TIMES their body length!

The decomposition of improperly digested, or improperly excreted foods can irritate the intestinal wall, and stress the fish, giving the invasive parasite a foothold. This often comes about when a primarily herbivorous, algae scraping cichlid (like Tropheus spp.) is fed high protein foods such as bloodworms, or pellet and flake foods containing large quantities of fish meal. In light of this information, and experience, it is important to avoid certain foods, and to go light on others.

This is a thin, red worm that lives in mud of rivers, and is usually collected from polluted rivers. By feeding Tubifex to your fish, you are exposing them to the diseases these worms may be carrying.

Some people have fed bloodworms lightly, without any known incidents; however, those in the know caution against them.