Why do Bettas make bubble nests? 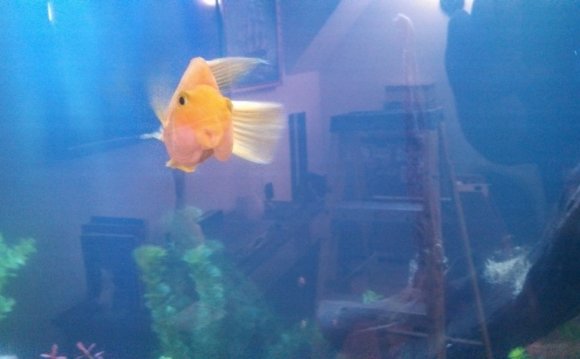 So let's talk about lazy bettas who do not feel like putting in the hard work to build a nest, but still want to have fun in the spawning tank. They do spawn, and pick up the eggs, and come back up to the surface, and stash them in an imaginary bubble nest that is just not there (or maybe it is, but in another dimension that is... Maybe it is like in '13 ghosts' - the movie, you gotta have goggles to see it LOL). So what happens when a betta spits out his eggs at the surface and there are no bubbles to welcome them? Do eggs sink straight back to the bottom? Well, from what I have observed, some may, but most don't. They actually will float in a bunch and end up against the stirofoam cup. Why they did not sink, I do not know, because my assumption is that they would, and the spawn would be lost :((. Mr. Betta did pick up what eggs did sink and would bring them back at the top to the lack of bubble nest LOL. To my surprise, the eggs hatched and the fry were healthy. Once hatched the fry lined themselves up alongside the stirofoam cup wall and were able to stay there quite easily. Once again, Lazy Dad was willing to help them if needed by picking them up when they sank and bringing them back up to his imaginary bubble nest. OK, so maybe he was not all that lazy after all...

Or maybe he was really, truly, simply, plain lazy LOL.

At any rate the fry grew up to become beautiful fully grown healthy opaques. So will your fry turn out unhealthy because of the lack of bubble nest Simon? From my experience, I would say "no". However I think a lot of it relies on how well the father tended to his fry once they hatched and how vigorous they were the first few days.