All types of Betta fish 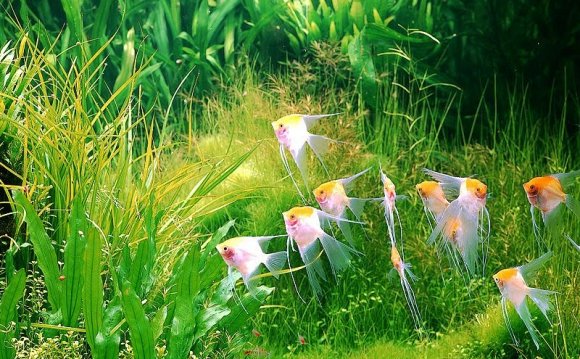 Betta splendens is the formal name of the beautiful fish that used to be known as Siamese Fighting Fish. In centuries past, they were kept for their fighting nature. Now we keep them as pets for their beautiful looks and individual personalities. They are often commonly referred to simply as “betta” or “betta fish” [bet-uh].

The fish have been around for centuries and are highly prized as pets in Asia. In 1840, the King of Siam presented several of his prized fighting fish to a friend who in turn gave the fish to his friend, Theodore Cantor, a doctor in the Bengal Medical Service. It was not until 1909 that C. Tate Regan formally “identified” the fish and gave it the scientific name Betta splendens. In 1927 the first brightly hued, flowing-finned Siamese fighting fish were brought to the United States.

Bettas have evolved far beyond their original wild type appearance, and are now the primary type of show betta that is seen in pet stores. Sometimes called the”designer fish of the aquatic world”, bettas have been bred over time into many colors and tail types. They even have their own specialty shows where the best and most beautiful compete against each other using the IBC Exhibition Standards.

The first tail type we saw and still have around today is the Veil Tail, the long flowing tail that opens up like a wedding veil upon flaring (displaying their fins in full aggressive display). Through selective breeding we now also have long-finned Deltatails, Halfmoons, Crowntails, Doubletails, and short-finned Traditional Plakats (very similar in form to their wild ancestors of Betta imbellis and Betta mahachaiensis), Show Plakat, Shortfin Halfmoon, and crowntails and doubletails in short-finned versions. Other types you might see include large pectoral finned bettas, and giant bettas. New form types and colors are always being developed as people breed their fish.

Due to the pet and show trade, Betta splendens are perhaps the most common of bettas. Betta splendens are anabantoid fish, in the gourami family. All anabantoids have a labyrinth organ that allows them to breathe air from the surface. This allows them to live in low-oxygen water, which is why they can be kept in smaller containers than other tropical fish. (For long-term keeping, the IBC recommends bettas be kept in containers no smaller than 4 inches by 4 inches in diameter and 4-8 inches high. For pet fish, a half-gallon or one gallon tank is adequate. They are generally also perfectly happy in larger tanks as well, as long as the water flow isn’t very strong.)

For breeding, Betta splendens are bubblenesters. The male will blow bubbles on the surface of the water, generally under a plant leaf or something like a foam cup, then once the male and female have bred, they place the eggs in the bubble nest. The male usually stays put watching over the eggs until they hatch.