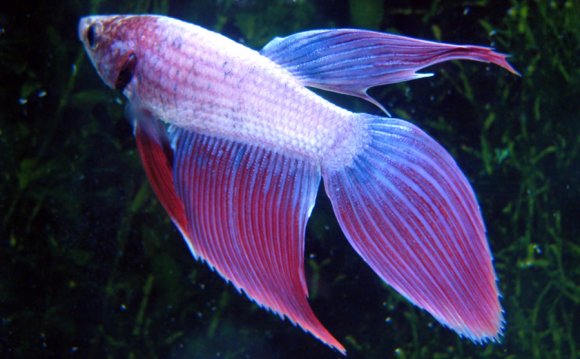 How do we keep this site running? This post may contain affiliate links — the cost is the same to you, but we get a referral fee. Compensation does not affect rankings. Thanks! 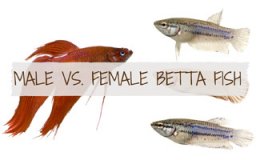 When it comes to keeping fish as pets, one of the more favored fish species is the Betta fish. Sadly, the male Betta fish is often favored over the female for its longer tail and dominating personality. However, in this article we will cover everything you ever wanted to know about the female of this Siamese fish species to remind you why women rule. Everything from their history to general appearance, natural habitat and what you need to know about keeping female Bettas in captivity is covered. Are you ready to swim in lots of interesting facts?

What is the Female Betta Fish?

The female Betta fish is a small fish that is native to Thailand, Malaysia and Cambodia. Unlike the males of the species however, the females of the species are considerably less ornate. The Betta fish that are commonly sold in pet stores worldwide are only distantly related to the wild Bettas of the rice paddies in Thailand but they still retain physiological similarities. The Betta fish both in captivity and in the wild have a similar shape and the females tend also to have a similar color. Unlike the females however, males that have been bred in captivity have generally been bred for brilliant coloration and long and flowing tails and fins. Now let’s get into more of the technical info about their classification and origin.

Taxonomy of the Female Betta Fish

The female is a member of the Betta genus in the Osphronemidae family in the Perciformes order of the Actinopterygii class.

Fish within the Actinopterygii class are recognized as ray-finned fishes and are a subclass of bony fishes. These fish are generally referred to as “ray-finned” because of the presence of rays or bony spines that make up the structured fins of the species. Fish that do not have these bony rays within their fins instead present with fleshy fins and are classified in the Carcopterygii class. The scientific term for the ray fins that can be found on fish within the Actinopterygii class is: lepidotrichia. Actinopterygii is the largest class of vertebrates and is known for making up 96% of the currently recognized 25, 000 fish species! Fish within this class can be found in varying waters from deep-sea to freshwater mountain streams. Species within this class of fish can range in size from 0.3 inches long as in the Paedocypris to 36 feet long as in the oarfish. The ocean sunfish is the heaviest of all known Actinopterygii species to date weighing in at 5, 100 pounds.