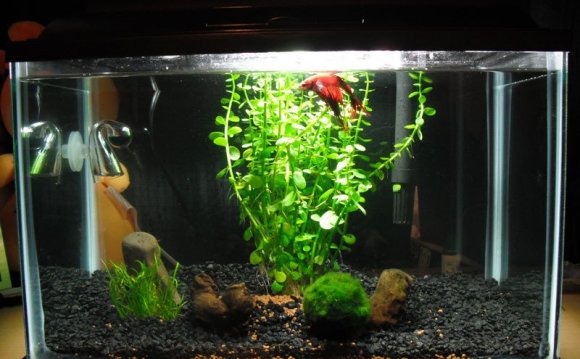 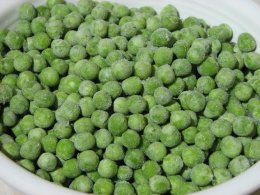 For fish, peas are said to be a cure for constipation. I am not so sure about that. It’s one of those tips that’s been repeated and repeated and now seems to be standard practice, but I’ve never had a constipated fish! I believe that constipation is most often the result of an inappropriate diet.

Usually one is told to cook a frozen pea, skin it and chop it, then try to persuade the fish to consume some of the pea bits. If the fish really is bunged up, eating is not going to be high on its list of things to be doing. Enticement may help, but that takes something that’s moving around.

Betta fish are carnivores, insectivores to be precise. Cats and dogs are carnivores too. Just look at the quickly rising incidences of chronic disease in dogs and cats ! Many of their ailments are rather similar to ours, such as obesity and diabetes and most of them were largely unknown in these animals before the advent of dry kibble ! Kibble may be convenient but it is not good food for carnivores. My cat gets raw food, and she’s incredibly healthy at 18 years of age. So my fish get as much live food as I can manage for them too.

My personal take on things is that peas are not miraculous in any way and shouldn’t be fed to fish. Although there’s anecdotal evidence that they may help for some goldfish if they’re constipated, the fact is, fish do not eat high carbohydrate, high sugar foods in their natural habitats. Peas have both high carbs and high sugar.

If your betta has been bloated and/or constipated, I’d buy him frozen brine shrimp or Baby brine shrimp. I’ve yet to see a Betta who isn’t desperately sick turn these down, though I probably will one day :-). If he is willing to eat, these may help a lot more than peas. Living brine shrimp are even better for this purpose.

Incidentally, unless you have raised them yourself and are feeding them regularly, right up until the fish gets them, live adult brine shrimp are not especially nutritious; the reason they’re useful is that their shells are similar to those of insects and thus make a good ‘fibre’ for the fish, if you will. If I ever did have a fish which could not poop, I’d give live or frozen brine shrimp or daphnia instead of peas. Live brine shrimp also provide the fish an opportunity to hunt, which I think is very beneficial, unless he’s so sick he can’t swim well enough to catch them.

Live California black worms are a treat any Betta will adore, and if you can get some of them, you can swish a chopstick into their container and some will cling to it. Hold the end of the chopstick by the fish’s nose and let the worms wriggle. This is VERY enticing for fish, and most of them will grab them right off the stick. It’s always entertaining for me to see the sheer enthusiasm my Bettas show when worms are on the menu. Sometimes it can take time for a fish unused to living foods to figure out they’re edible, but they’re not dumb and they usually do figure it out. They are also quite capable of taking the worms off the bottom later on if they don’t take them off the chopstick.

If no living foods are available, then the next best thing is frozen brine shrimp or maybe frozen bloodworms, another classic Betta favourite. All frozen foods seem to come in small cubes, so for just one fish, you would need to break one up because one will be too much. I recommend chopping it while frozen and then put the rest quickly back into the freezer. Make sure it is tightly wrapped, because you will have broken the foil seal on the little cube. By doing this, you can feed the remainder of the cube later on. For feeding, I use a saucer to thaw frozen foods and then feed them to the Betta fish.