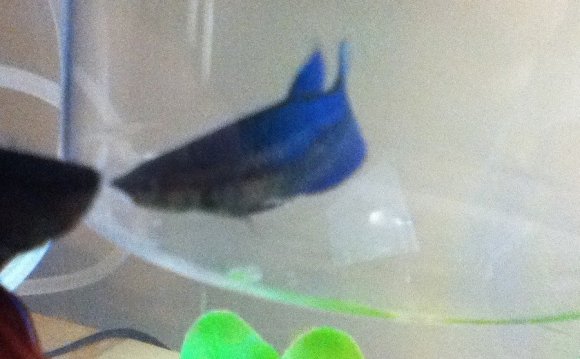 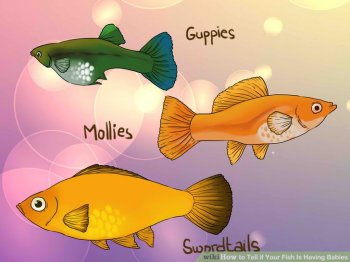 Look for mating rituals. Different fish species can behave very differently during pair-bonding, amplexus, and other mating-related behaviors. In many species, including most gouramis, the male chases the females around energetically, sometimes even causing scrapes, bites, or other damage. In others, such as discus, a male and a female will work together to defend one area of the tank from other fish. In either case, when actual mating occurs, this may involve the male and female gripping each other, turning upside down, wriggling around each other, or more subtle activities that are difficult to see.

Check for a pregnancy bulge. The female fish will grow a bulge at the back of the abdomen. The abdomen typically grows over the course of 20–40 days, either into a large, rounded shape or a "boxy" shape. Look for a red or black spot. Pregnant female fish often develop a "gravid spot" on the abdomen near the rear vent. 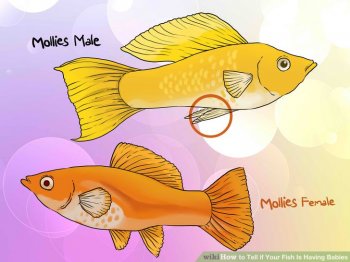 This is typically black or bright red, and grows more pronounced over the course of the pregnancy.

Decide how to prepare for the young fish. Raising young fish, or fry, can be extremely challenging, and usually requires an entire separate tank so the adults or water filter does not harm them. If you are not ready for the task, try contacting an aquarium store or an experienced aquarium hobbyist who might be willing to help you or take the fish from you. If you do decide to take care of the young, you can start with the section below on raising young, but researching your specific fish species as well is recommended.

If this question (or a similar one) is answered twice in this section, please click here to let us know. 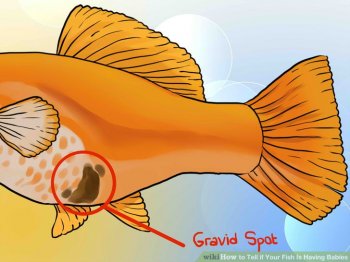 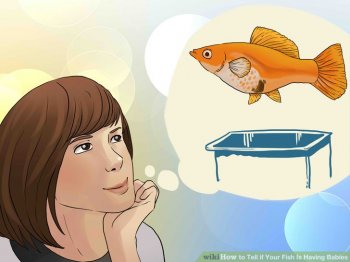 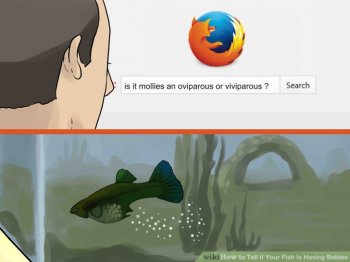 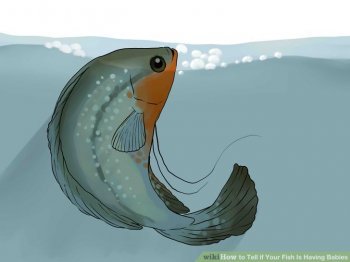