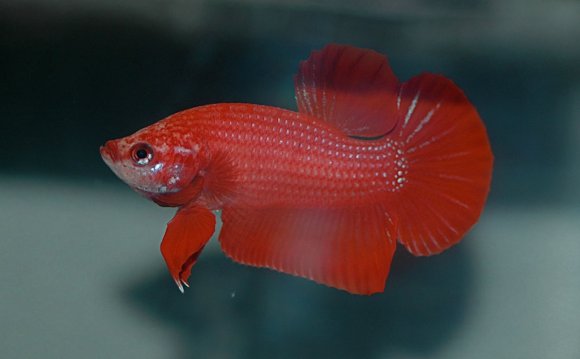 Keeping the temperature in your tank is extremely important for the health of your fish but it can be a challenge during the hot summer months.

Depending on the climate where you live, you may or may not have to worry about your aquarium overheating during the summer. For the health and safety of your fish, it is important to keep a stable water temperature in the tank – temperature fluctuations can cause your fish to become stressed and extreme changes may even kill them. In the summer, it can be difficult to control the temperature in your tank as the temperature surrounding the tank begins to rise. If you do not have air conditioning in your home or if you are keeping your tank in an area where it is difficult to control the temperature, you may have problems with your tank overheating. Read more to learn about some easy and effective ways to prevent your tank from overheating during the summer.

The ideal temperature range for a freshwater tank ultimately depends on the type of fish you are keeping in the tank. Certain species are used to cooler water temperatures while others are used to tropical water. To determine the right temperature range for your particular tank, you may need to do some research regarding the species of fish you are cultivating. Generally, a good range for freshwater tanks is between 76° and 80°F. To keep an eye on the temperature in your tank, it is always a good idea to use a submersible aquarium thermometer – this will help you monitor the temperature in your tank and it will help you to realize it more quickly if your aquarium heater or chiller should fail.

Why is Water Temperature Important?

Maintaining a stable water temperature within the recommended range for your fish is incredibly important for a number of reasons. Not only can temperature fluctuations have a negative effect on your fish in terms of stress, but it can also have a physiological impact as well. Fish are exothermic creatures which means that their bodily functions are regulated by the temperature of their surrounding environment. If the water temperature goes outside the preferred range, it could speed up the metabolism of your fish, causing them to become hyperactive – it could also result in decreased efficiency in biological filtration and thus an increase in ammonia levels.

There are a number of simple precautions you can take to prevent your aquarium from overheating during the summer months. The first is to avoid putting your tank in direct sunlight – not only will this help to keep the water temperature stable, but it will also help mitigate the excess growth of algae. If you are able to keep your tank in an air-conditioned room, you will be less likely to be plagued by temperature control problems. When the environment around your tank maintains a stable temperature, you will be able to rely on your aquarium heater to regulate the temperature in the tank. In addition to regulating tank temperature, you should also make sure that you have proper air and water circulation in your tank. Not only will this help to keep your fish healthy, but it will also be beneficial in regulating tank temperature.

In the event that your aquarium temperature does begin to climb, don’t panic! The last thing you want to do is something extreme that could end up doing more harm than good. It is not a good idea, for example, to perform a large water change with cold water because the sudden change in temperature could end up shocking your fish. Rather, try freezing plastic water bottles full of water then float them in your tank to gradually reduce the tank temperature. Not only will this slowly reduce the temperature in your tank, but it will do so without altering the water chemistry. You may also want to ramp up the water movement in your tank. As water temperature rises, levels of dissolved oxygen decrease – at higher water temperatures, however, the metabolism of fish speeds up and they have a greater need for oxygen.If you frequently struggle with your tank overheating during the summer, or throughout the year, you may want to invest in an aquarium chiller. These devices serve to help regulate tank temperature by cooling the water as it passes through the device – it is almost the opposite of an aquarium heater. These devices are especially useful in tanks that utilize high-powered lighting systems like metal halide systems. These lighting systems produce a great deal of heat in addition to light and, if you do not take precautions, it could result in your tank overheating. An auxiliary fan may also help to prevent overheating by directing the heat from the light away from the tank, but it may not be enough to prevent it from having an effect on tank temperature.
Source: www.ratemyfishtank.com