What to feed my Betta fish? 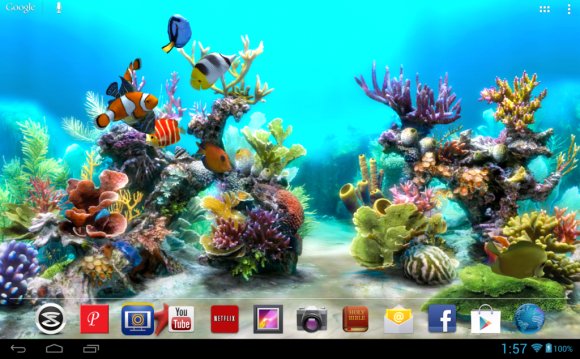 From: Bryn - betta tank mates
I have kept and successfully bred bettas or siamese fighters for over 15 years. They are magnificent fish to look at and to keep in a community tank but you always get the odd exception. I had one male in my tank a few years ago, armed with the knowledge that they only fight with other males of the same species right? wrong. He immediately took a dislike to my angel fish who was roughly three times his size and attacked the angel at every opportunity. Four days later, my two year old angel fish was dead. The male siamese fighter typically attack the gills of a fish they are challenging and no matter how much bigger the other fish are (within reason of course), the male fighter is very capable of killing any aquarium fish. They do normally only fight with other male fighters but this is not an absolute rule.

From: Jason - betta in bowls
Just a comment... I wish I could protest or picket the stores that sell the Bettas in those tiny cups! I have 3 tanks that are Betta oriented, from 10 gal, up to 30 gal, and my Bettas are loving every inch of their homes. They are so happy, and so amusing, and have great personalities. Given a chance, and the right tank mates, they live healthy, happy, long lives.

From: Kim - betta tank mates
I was reading about tank mates for bettas. I have had three bettas and I have only been able to keep one of them with another fish. This betta and my corydoras rest in the same cave, my betta lays right on top of the cory! I wish the others would have wanted a tankmate, they do seem so loney in a tank by themselves. Very special fish! It is a shame with the information available, people still think you can keep them in tiny places. My first one past away after 4 years, I now have two, in different tanks of course.

From: Seqcat - betta constipated
Reply to you Paige about your Betta sinking to the bottom. We had one doing that, and I researched and found that he was constipated. The advice given was to soak a green pea in water, shell it, and feed it to him. It worked like a charm. He was up and at him in a day or two. Now, I feed all my Betta's a green pea once or twice a week, as they love them. Good luck!

From: Betta Lover - betta bowl
I would just like to say that although keeping a betta in an aquarium definitely gives it more space it is not inhumane to put them in bowls, just as long as you give them a spacious bowl with live plants, hiding places, frequent water changes, and a suitable diet. I have kept bettas in bowls for several years now and all of them have happily lived out their full life spans.

From: Rachael - betta aquarium
Adding to Betta Lover's comment I would just like to say that Betta's are much happier in larger tanks - my old Betta is proof. I had him in a tiny 1 litre tank and all he would do all day was sit in between his little frog ornament, and occasionaly go to the top for air. I put him in a 90 litre tank with other fish, and he loved it! He would never stop swimming and he loved exploring the whole tank! My opinion, keep them in a tank no smaller than 8 litres - they'll love you for it! (And make sure you give them a heater, as they are tropical fish!)

From: Ashley - betta in aquarium
I have had my Betta fish for almost 3 months now and when I bought him he was in one of those tiny cups. I decided to put him in a 10 gallon tank alone with some really nice plants and sparkley rocks. I find that if you get them on a bit of a routine feeding, they eventually automatically know that you are their owner and they really respond to you. One thing to keep in mind, make sure you have a good water heater and keep the temperature stable. Mine has so much more energy and the more comfortable the temperature, the more they will want to eat. This keeps them really happy!

From: Nickey - betta bowl
I had a betta in a bowl before. He lived happily for several years when ever his water got too cold, I would simply add warm water. Whats even stranger is he really enjoyed this alot, as well as having his bowl moved by the fire place on cold nights.

From: Alyssa - betta and gourami
I want to say to those who keep Gouramis with a Betta: I had put my male CT betta in with my three male dwarf gouramis in a 30 gallon tank. They were doing great until the gouramis built this outstanding bubblenest by weaving the java moss into it. Trevor (my betta) decided it was the most awesome bubblenest he'd ever seen and tried to hijack it from the gouramis. So I came home to a betta who looked like he'd tried to get a haircut from a blind guy. Now I'm working on getting him a 15 gallon bucket to recover in. He really misses the 30 gallon with things to chase, though.

From: Julie - betta fish and green peas
Bettas loves green peas. It also helps keep them "regular." I just buy a bag of frozen peas and give my betta 1 pea per week. If your betta floats to the top and has trouble swimming after eating...try this. Peel the skin off the pea and cut it into betta-bite-size pieces. He'll love you for it!

From: Jennifer - betta tank setup tips
Keep the water at a constant temperature. Most people say that bettas don't need much space, but they do. Don't just keep them in a drinking glass or jar, get your betta friend a proper betta tank! You can buy these at pet stores for about $5.00 - $17.00. A proper filtration system is also good because it keeps the water moving and keeps it clean. Try to feed blood worms as they are great and my betta loves them. Here is one tip: if you want your fish water to stay warm but don't want to buy a water heater, try to get a tank with a light so the water can stay warm. My biggest tip is don't put two bettas in the same tank. I hope these tips helped! Have fun with your betta friend!

From: Margie - betta tank stocking
I just wanted to say a few things. I just got my first Betta yesterday and your site has been very helpful. I realized through your website that I have him in much too small of a tank (1 gallon) and that he's probably quite cold right now (no heater). I now know what I need to do to make him a happy healthy little guy. His name is Ryuu-kai which means roughly Sea-Dragon in Japanese. He's got a bit of an odd coloring from what I can tell as his body is silver but his fins are rainbow. He seems pretty healthy though from what I can tell but I WILL get him a bigger tank and a heater and a filter. Thanks so much guys for all of your information!