My Betta fish is Dying 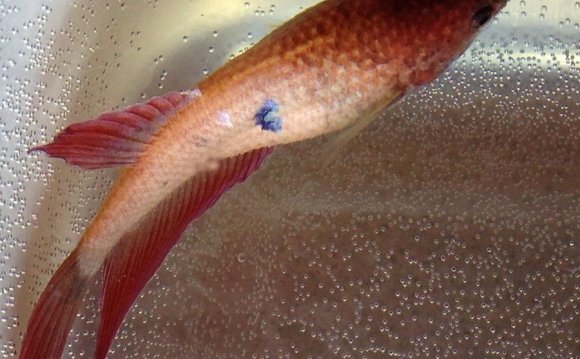 There are already some great and comprehensive answers but I want to add something a little different. Most respondents have listed things which will cause the death of most tropical aquarium fishes. I want to slightly rephrase the question to read “what would make a Betta die which would have no effect at all on a tiger barb or plecostomus or angel fish in the same circumstances" .

I can think of three things that answer that question.

Obviously Betta are not the only territorial fish where males fight and one ends up dead, quite a few cichlids do the same, but not as dramatically and immediately.

Any anabantid such as a Betta, Paradise fish or gourami will suffocate without being able to breathe atmospheric air. So getting a larger piece of food stuck in the throat, or getting caught in tank decorations so that it cannot get to the surface, will kill it, while a barb or tetra will be able to breathe for longer and hopefully live long enough to find a way out.

3. Getting stung by a wasp.

This happened to one of mine. They will follow any flying insect that gets into the tank lid and when the insect falls on the meniscus of the water then they strike. If it is a wasp they will not let go but they will get stung and you will find a dead Betta with a dead wasp in its mouth.

Again they are not the only fishes that will get into that situation. But some would not. Your plecostomus won't hunt wasps. If a wasp falls in, dies and sinks, then any fish including plecoes will take it and probably live.