Why did my Betta fish Die? 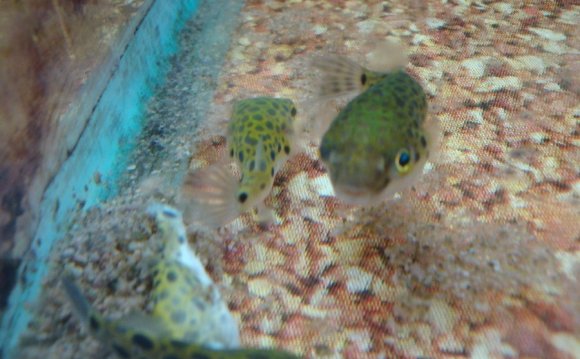 Re: I think my betta is dying and i don't know what to do!!!


On 12/31/10, I had a betta live twelve years wrote:
On 7/06/10, Emily wrote:
> HELP!!! I think my betta fiah is dying and i have no idea
> what to do! He was fine when we first got him but now he
> just sinks to the bottom of the bowl and lays on the rocks.
> I looked it up on the web and i found that it said to use
> tap water in their bowls but i didn't know that is had to
> be treated until recently. so i changed the water to tap
> water (untreated) and thats when he stsrted sinking. I also
> found that i could put him into bottled water so i switched
> but he still lays at the bottom of his bowl. I don't know
> how much longer he is going to survive! What do i do!
> Help!!!

I hope this response does not come too late to help you learn
more about Bettas and save your classroom Betta fish.

Betta fish are not like other fish. In the wild, they live in
small puddles and do not kill each other. They are territorial.
The loser of the fight will often jump from one puddle to another
puddle to safety (so keep a secure cover on your pet Bettas
tank). In captivity, there is no where for the non-dominant
animal to go once he has lost the fight, thus, two Bettas in the
same tank will fight to the death in order to protect their
territory. Even if it is a male and female (males and females do
NOT see each other in the wild).

Their tails are very fragile and will be sucked into a filter. A
filter will cause fatal damage to a Betta fish. You should NOT
get a filter for your Betta fish. This is misinformation. They do
not need to have their water circulated like other pet fish do.

As for the temperature of the water. It should be luke warm. NOT
HEATED. Hot temperatures will quickly kill a Betta fish. It could
be that your water temperature is too cold. I read that Betta
fish will hang out at the bottom of their tanks if the water is
too cold. It should be luke warm, but not frigid. Though, colder
water will not likely kill a Betta. A heater is very strongly NOT
recommended.

As for Betta fish in general. They are very lazy fish. They often
just float somewhere without swimming around much. It is not a
sign that they are dying. My Betta often hides out in a corner
just to rest. He sometimes lays down on his rocks. If your Betta
fish is dying, you will know it. White, fuzzy bacteria will grow
on your fish's body and he will swim or float on his side. As
long as he is not swimming or floating on his side he is fine.

Keep him in a tank kind of on the smaller side. 20 gallons as
recommended by the previous poster is MUCH TOO DEEP. Bettas,
unlike other fish, can drown if the water in their tank is too
deep.

They live about 2 years. My Betta is about a year and a half now.
He is still very healthy (but once his water was too warm that it
nearly killed him). A happy, healthy Betta fish will swim around
at the top of the tank and make little white bubbles along the
surface of the water.

So once more: NO HEATER AND NO FILTER. These items are for gold
fish or tropical fish. NOT FOR BETTAS. Bettas are simple pets.
They live in still water and need to be feed minimally. Clean the
tank once a week.

If he looks sick, try changing his water IMMEDIATELY. Give him
water from a tap, but try using a product that will remove
chlorine from the water (I use a product called start right).
Also, when you change his water, do NOT change it completely. The
water he is in has bacteria in it. You need to keep a small
amount of it because he has already built up immunity to it. If
you change it all, he'll have to build up an immunity to it again.

I hope this helps you when taking care of your Betta fish. If
your first Betta already died, then I am very sorry for your