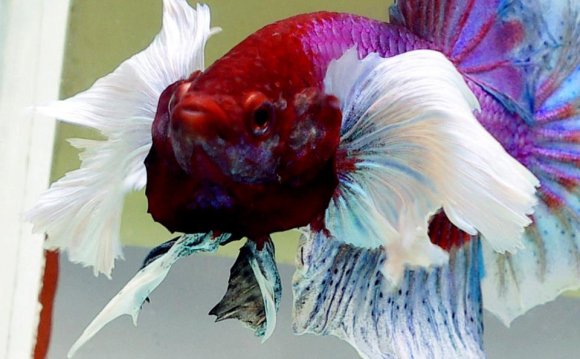 Important tips to a successful sorority

I've seen a lot of threads on sororities asking pretty basic questions and although I know that there is a thread already dedicated to this, it seems kind of disorganised and the OP doesn't cover as many areas as I think it needs to.

I had this floating around on an unfinished site of mine so thought it might be helpful to those thinking of starting up a sorority tank.

Feel free to add any of your own experiences to this post. I think I covered most of the major areas where people run into trouble but if you think something is important post it up.

Your first question might be, What exactly is a betta sorority? In short, a sororityis a group of female Betta splendens housed together in the same tank.

A sorority is usually one of two things: a brilliant success, or a spectacular failure. There is more to a successful sorority than just putting a group of females in a tank together and expecting them to get along.

Below, I have outlined a list of steps that should hopefully help you on your way and tilt the odds of success in your favour.

Any sorority tank should be a minimum of 10 gallons


Female bettas can be as aggressive and unpredictable as males. Domesticated splendens have been selectively bred for generations, and were never really intended to live peacefully with others of their species.

Therefore, it is important to provide each female with enough space to get away from an aggressor, and to lessen the event of territorial flare-ups.

I usually ensure each of my females has at least 1 gallon of space per fish. However, you may want to increase this minimum if you have particularly big or hostile females. Unless your females are very young and it is only a temporary solution, I would never recommend a sorority tank be anything less than 10 gallons.

Finally, an ideal sorority tank is one that is wider rather than taller. You will often find the more dominant females will spend most of their time near the surface and may bully the others when they come up to breathe or feed. Therefore, it is best to give your females enough room to spread out.

You should provide as much cover as possible

By blocking the line of sight from one end of the tank to the other, you can drastically lessen aggression and prevent chases from happening.

In a sparsely planted tank, there is nothing to prevent one female from chasing another around for as long as she wants. As you can imagine, this is obviously stressful for the fish being chased, and usually once the fish is caught, there is nowhere for her to escape from an attack.

Ideally I like to see most of the tank covered with either artificial or live plants. You want plants that provide cover at all levels of the tank. It is no use having lots of very short plants at the bottom, when your females are chasing and fighting up top!

I found my females rarely if ever went into hides such as terracotta caves or PVC pipe tunnels. Other people may have different experiences, but I have found the most favoured hiding places were in amongst the plants, particularly up near the surface.

You need a minimum of four-five females

A successful sorority is often one that is over rather than understocked. Indeed, you will find it very difficult to maintain long-term a sorority that has only 2-3 individuals. Generally the most dominant individual(s) will attack the weakest until she is either dead or extremely stressed.

To avoid this from happening, you want to have enough females that any aggression is dispersed rather than targeted at the weakest female. Some people are much more conservative with the stocking of their sororities, but I feel that the more females you have, the less prolonged aggression you will see.